Age is Nothing But a Number…

Regardless of their age, numerous old barns of exemplary American style are as still standing today.  Some of them remain in original yet excellent condition, while others are just barely hanging on by a thread.  But there are those too that are lovingly restored and brought back to life.  Here is such an example.  This Missouri Log Cabin (originally built in New Jersey, circa 1760) is an age-old traditional style log barn that’s been moved from Missouri all the way to Waco, TX, and lovingly restored as part of the process.  Take a look at these photos, and then tell us what you think on our Facebook Page!

This unique barn was originally built about 1760 in the northern New Jersey town of Mahwah, close to the New York state border. It was moved in 1876 to about a half mile from where we found it. Moving barns was a common occurrence, as they were meant to last for centuries and could be easily unpegged, disassembled and relocated to another farm. As you stand on the front porch of the cabin and look up and to your right, you will see a hatch door accessing the second story. This was originally the only way to get upstairs to the sleeping loft. Inside you will see a staircase, but this innovation was cut in much later after the threat of attacks had passed. One-room cabins such as this were homes to even large families, and you can imagine how close these families became in such tight quarters. Different types of materials were used to build log cabins across the country, and these resourceful pioneers learned to use whatever materials were close at hand. If oak was the predominant tree in the surrounding forest, then their cabins were hewn from oak. Others were made from chestnut or poplar and even walnut. The material between the logs, the chinking, also came from local materials and varied from rocks mixed with lime mortar, to mud and straw or small chunks of wood. Inside the cabin, insulation and electric wires are placed between the logs. As with the outside, wire lathe and chinking are installed over them. The gable ends are then framed in, insulated, and covered with rough-sawn pine boards inside and out. 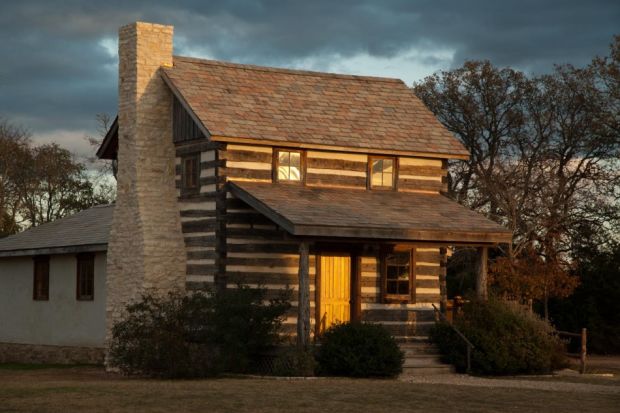 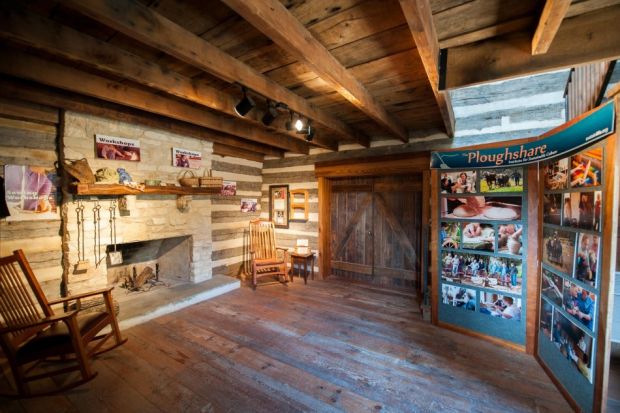 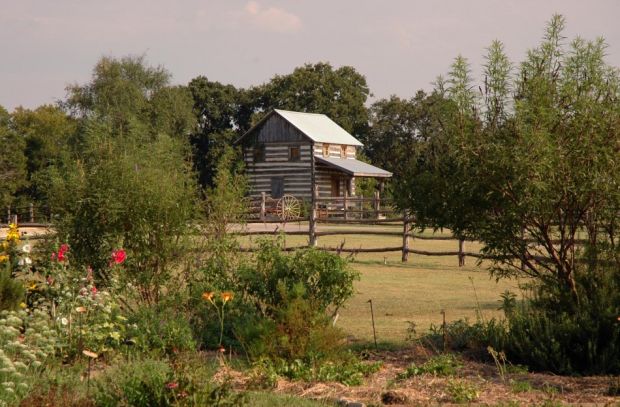 NEXT UP: A BARN MAKEOVER THAT’LL KNOCK YOUR SOCKS OFF