The Definition of Picture Perfect

The joint efforts of talented designer Caroline Holdaway and a keen-eyed photographer Fatimah Namdar revived this stunning stone cottage located in Cotswolds.  They wanted a break from the daily grind and couldn’t think of any better place than this lovely old eighteenth-century cottage.  All photography credits go to Fatimah Namdar.

Needing a weekend escape from their busy lives and stressful careers in London, designer Caroline Holdaway and her photographer partner, Fatimah Namdar, relish the peace and quiet of their eighteenth-century cottage in the Cotswolds. Caroline and Fatimah had previously seen Mullions only from the outside, dismissing it on the grounds that it had no garden to speak of, and had a rear extension built into the bank, which they feared might be dark. However, after more disheartening months of searching, they decided to take a look inside. It was the feel of the place and the unexpected light inside that won them over. Once laid, the floor was coloured and finished. Care was taken to change the direction of the planks in different areas to add authenticity, so that it looks as if the floor has always been there. The kitchen is tiny ‘but perfectly formed’, with the same floorspace as a larger kitchen with an island would have, and it adequately suits their needs. They cook on an oil-fired Rayburn, which stands in an alcove – ’20 minutes and you can have boiling water’, says Caroline. Upstairs, they replaced an avocado bathroom suite with a white one and took out the low modern ceiling in the main bedroom. The first planning request to reveal the apex was turned down, until Caroline spotted that the original timbers held a trace of distemper. Many pieces, including a glorious, eye-catching asparagus plate in the dining room are by the now much collected Clive Bowen. Low stone walls, post and rail fencing and old roses now enclose the front garden.  This cottage is now a part of us, an effortless comfort blanket’. 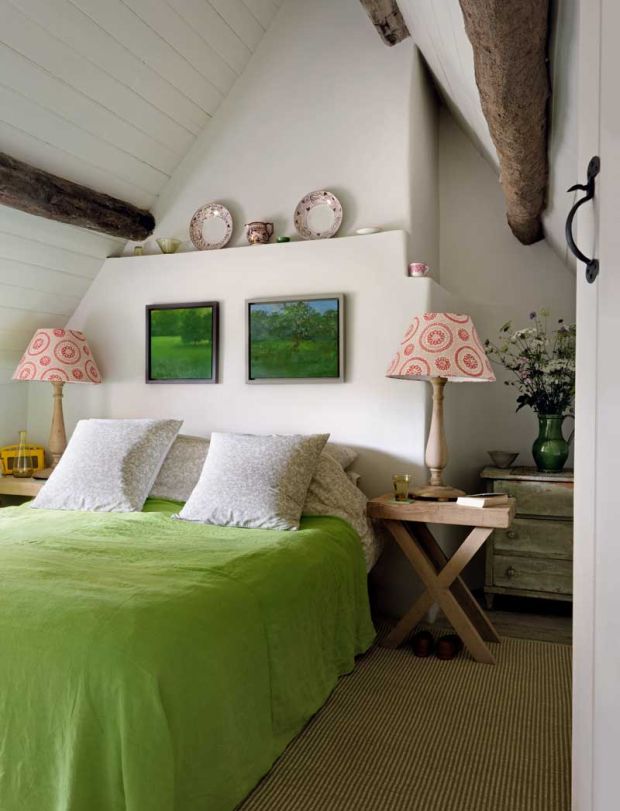 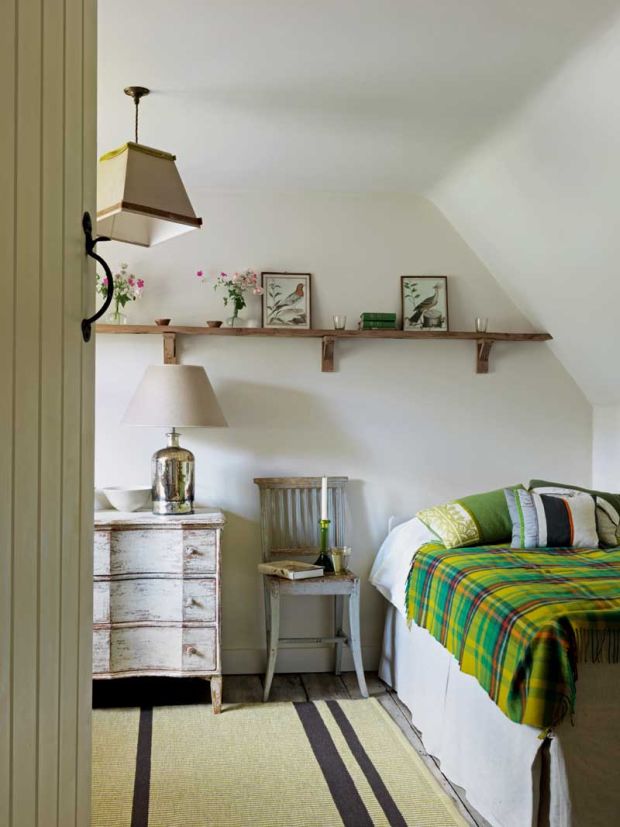 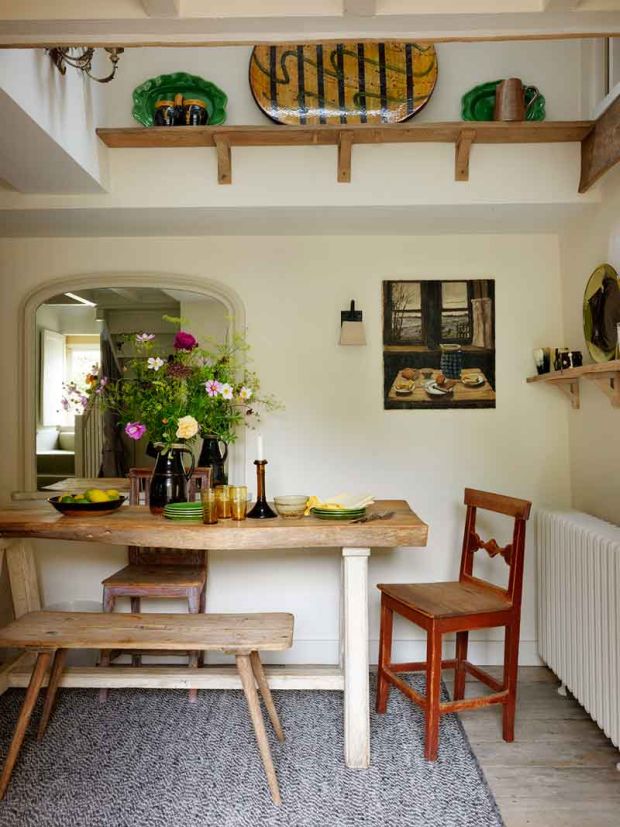 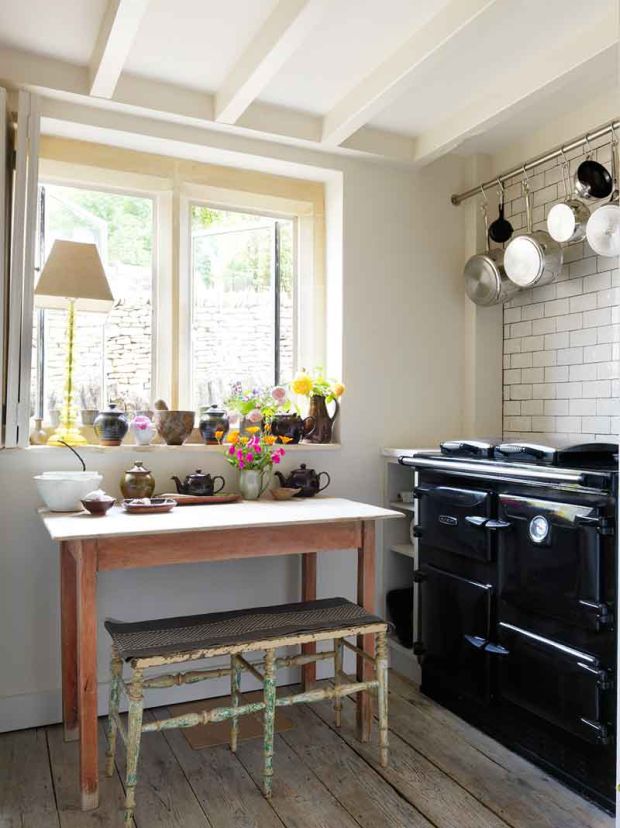 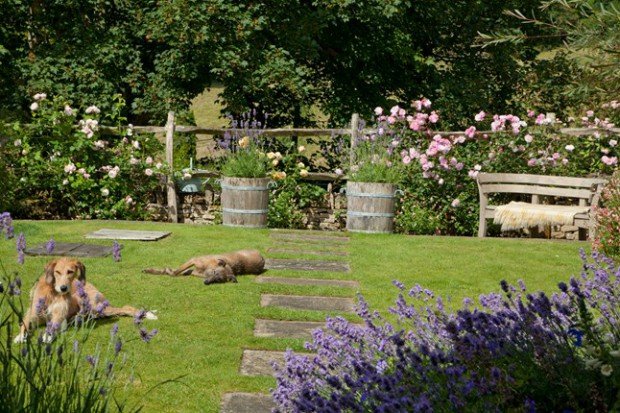