Amazing Things Happen When You Leave the Big City…

Today we are sharing with you the story of Margy Lutz and her husband’s floating cabin on Powell River, BC.   Originally ‘city folk,’ these two decided to take a stab at living off-grid in this incredible floating cabin.   Take a look through her photos below as you read the story of how this miraculous little abode came into being, and how it’s used today.  Also, be sure to watch the videos on page 4.

In 2001, my husband Wayne and I were on a flying camping trip in our small plane. We landed in Powell River in Coastal British Columbia and stayed at their seaside campground. We rented a small boat to explore nearby Powell Lake and discovered the lake’s unique float cabins. Float cabins are a big part of Coastal BC history.  During the heyday of logging and fishing, they were used as support camps that could be moved from place to place.  On Powell Lake, they began as inexpensive hunting and fishing getaways for paper mill workers.  Today things are a little more regulated.  Float cabins have registered BC water leases and we pay property taxes.

With the help of a local real estate agent (a float cabin owner himself) we found the perfect place for us to live after we retired. In the meantime, it would serve as our holiday retreat. A man named John built the cabin. it’s his third so it’s called simply Number 3. We laughingly say, when we bought our cabin it came with John.  He’s become our good friend and mentor. You see, Wayne and I were city-folk from Los Angeles. Learning the skills we needed to live off the grid was a lot easier with John’s help and support.

Our 675 square foot frame-built cabin is on top of a raised deck.  The downstairs has two bedrooms (one for storage), and a bathroom addition for a compost toilet and tub.  A great room with a vaulted ceiling includes the kitchen and living area.  A large upstairs loft is our bedroom.  It’s plenty of space, especially since we have the whole outdoors at our doorstep.

We live 25 minutes up the lake from the Powell Lake Marina in Powell River.  We are water access only and off the grid. Our power sources are solar, wind, and an experimental wood stove thermoelectric generator. We use propane for cooking, refrigeration, and additional lights. In winter we use a small generator to give our batteries an occasional boost.  Our wood stove keeps the cabin warm so we can live here in all seasons.  And a hand pump on the kitchen sink draws water from the lake below, simple and efficient

Now that we’ve retired, we spend about 75% of the year in our float cabin home.  Our lives follow the seasons with snowshoeing, wood gathering, gardening, swimming, kayaking, and sailing.  There’s nothing better than getting up and having a cup of coffee out on the deck watching the sun rise over Goat Island. 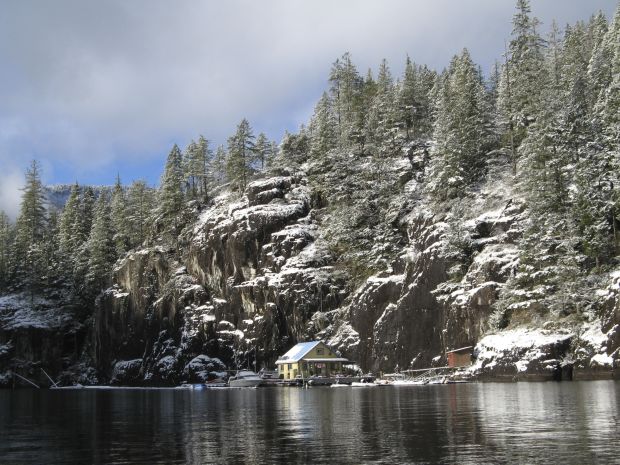 Our bay on the lake is called Hole in the Wall.  It is protected from the worst winds by high granite walls. 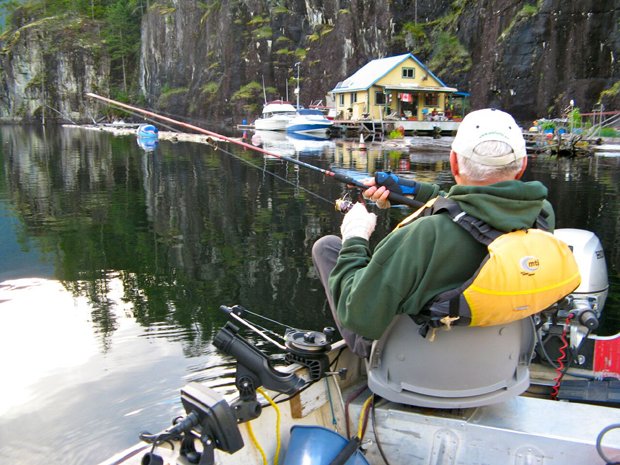 When you live in a water access only float cabin, you have to have a boat to get there.  A 22’ aluminum Hewescraft is our main travelling boat. It helps especially in winter when the lake can get high waves during stormy weather.  You can see it in the picture of our cabin. We prefer staying put in bad weather, but sometimes you need to get to town. A 14’ aluminum boat (called up here a tin boat) is our knock around boat for cabin projects, fishing and visiting neighbours. 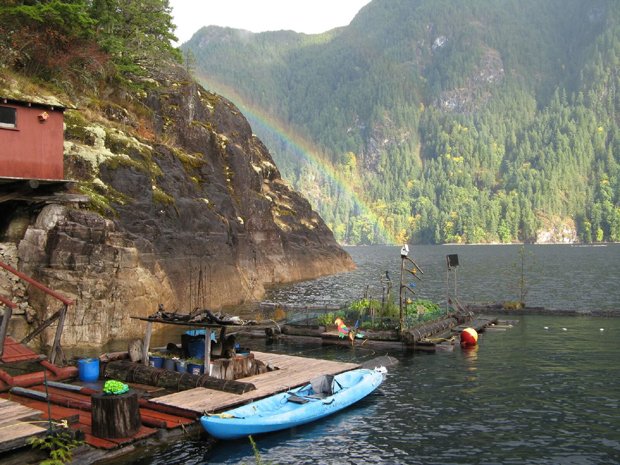 We also have a kayak and a small sailboat. 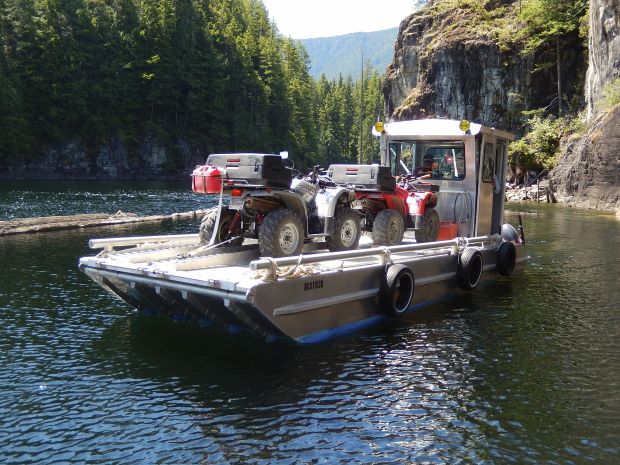 A new addition is a barge to carry our quads so we can ride on the many logging roads around the lake. 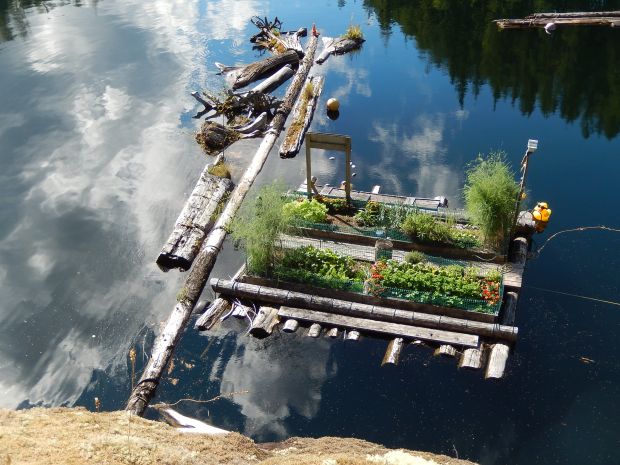 This is my floating garden.  The garden float is built on a cedar log foundation with plastic barrels underneath to help support the weight.  Dirt is pretty heavy. John designed and built my garden float in 2002 because I wanted to grow a few things, mostly salad greens, onions, tomatoes, carrots, beets, herbs, etc.  I also garden in containers on the deck. I have also had lots of success in growing potatoes, peppers, rhubarb, peas, and beans in my pots.

We have a floating woodshed to keep the weight off the main cabin float. 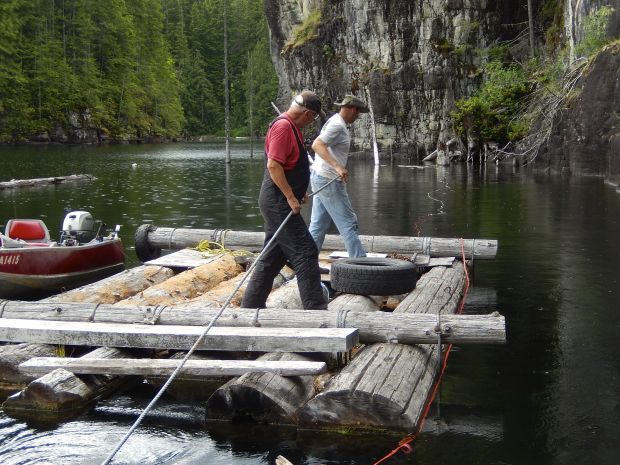 replacing one of our steel anchor cables to shore