ESCAPE FROM THE NOISE OF THE MODERN WORLD TO THIS PRIVATE PARADISE.

Have you ever dreamt of seeing the true beauty of the Norwegian mountains without a single building in sight? Just endless skies and beautiful landscapes as far as the eyes can see? The Efjord Retreat Cabin in Norway is the perfect place that makes that dream into a reality!

This cabin is all about the views. With floor-to-ceiling windows making up a lot of the home’s walls, the expansive Norwegian landscapes are all there for your viewing pleasure. Yes, the breathtaking panoramic views are all for you to take in and enjoy as you revel in the privacy of the setting.

However, the isolated location comes at a price. Strong, relentless winds bombard the cabin’s location. But worry not, because the overall structural design of the home is more than just an aesthetic. The design was built to last and endure against the harsh weather

The striking cabin was built on Halvarøy Island off the Ofoten fjord in the northern region of the country between October 2015 and November 2017, reports ArchDaily.

According to architect Snorre Stinessen of Stinessen Arkitektur, the structure was built for a client who wanted something that had breathtaking panoramic views and would also give them the “feeling of isolation and total privacy,” allowing them to really put some distance between them and the daily grind. 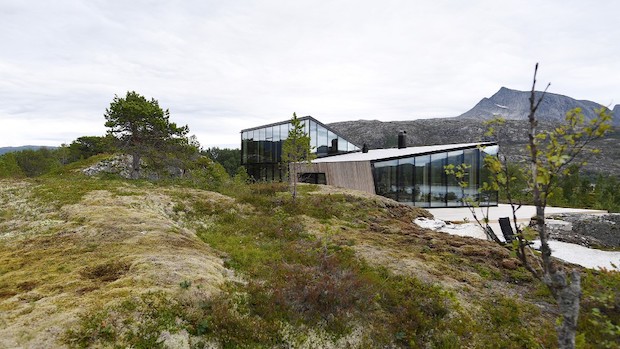 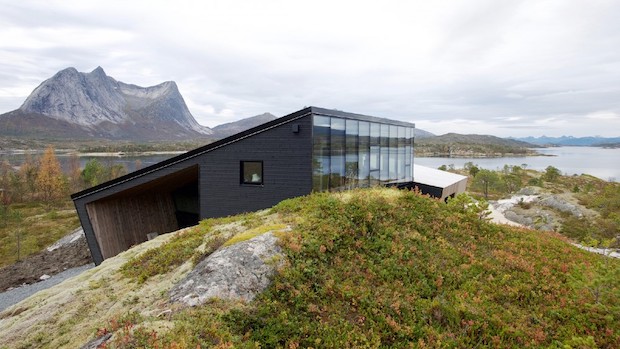 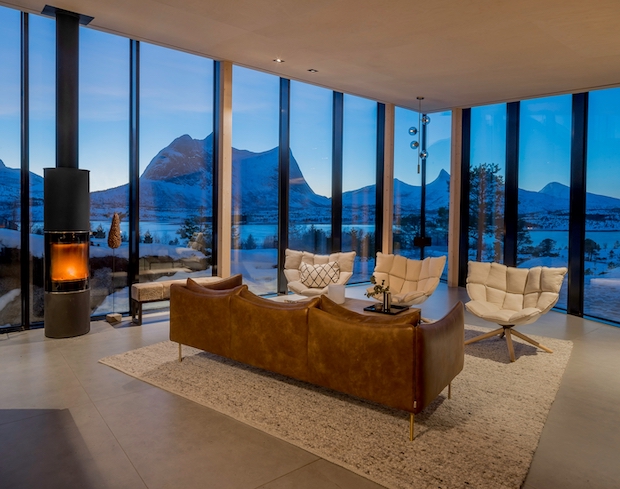 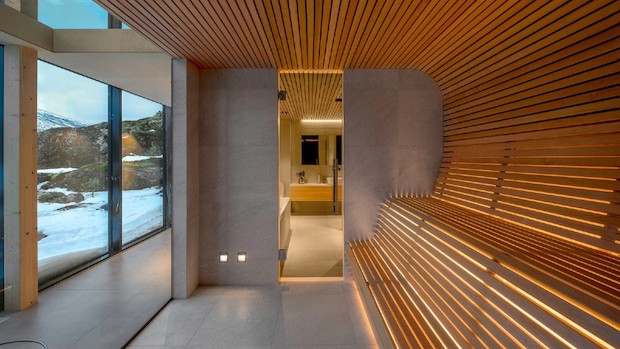 [NEXT UP: PRE-FAB MODERN CABINS WITH GOOD DESIGN]