Concerned About Flooding?  Not Anymore!

This preternatural cabin built on stilts is actually quite remarkable, and rightfully so since it was designed by Olson Kundig Architects (who have made me drool on more than one occasion).  Why is it considered virtually indestructible though?  Well, it’s designed to self-protect from calamities like major storms, flooding, etc.  The built in protection mechanisms are impressive, appreciated, and we hope to see more like this in the future.

Sol Duc Cabin was named as one of the ten recipients of the American Institute of Architects’ 2014 Housing Awards earlier this week. Completed in 2011, it provides a rural retreat for a couple who take regular fishing expeditions in the Olympic National Park. Kundig, principal designer at Olson Kundig Architects, was asked by the clients to create a “virtually indestructible” residence that could be left uninhabited for weeks at a time. Windows can be secured behind steel shutters that blend into the walls. A small washroom is tucked away at the back, while a ladder leads up to a mezzanine loft that functions as a sleeping area. Composed of two levels, the cabin’s entry, dining and kitchen areas are located on the lower floor while a sleeping loft with minimal shelving hovers above. Each of the building’s shutters can be opened and closed with hand wheels that move the shutters over the glazed portions of each facade. The shutters are operated by a series of mechanical devices including a hand wheel, drive shafts, u-joints, spur gears and cables. 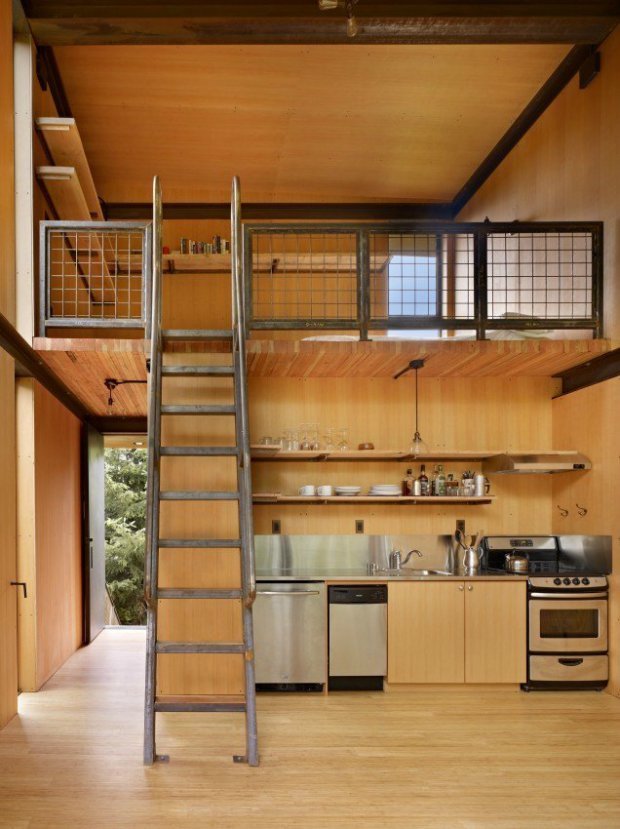 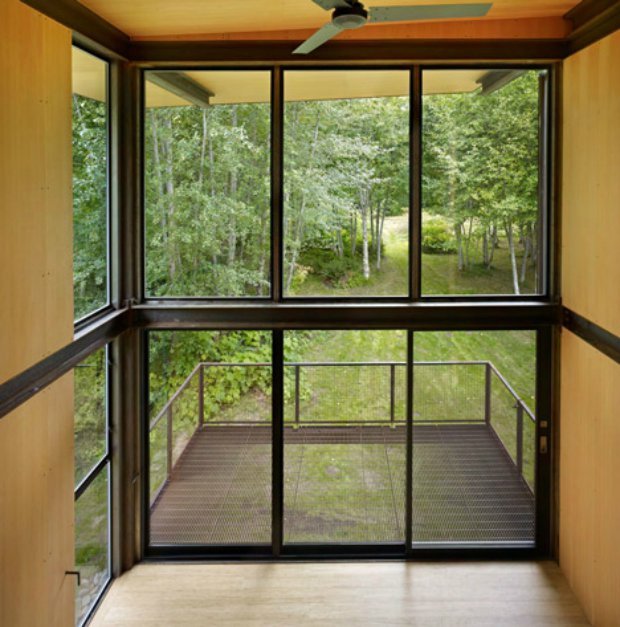 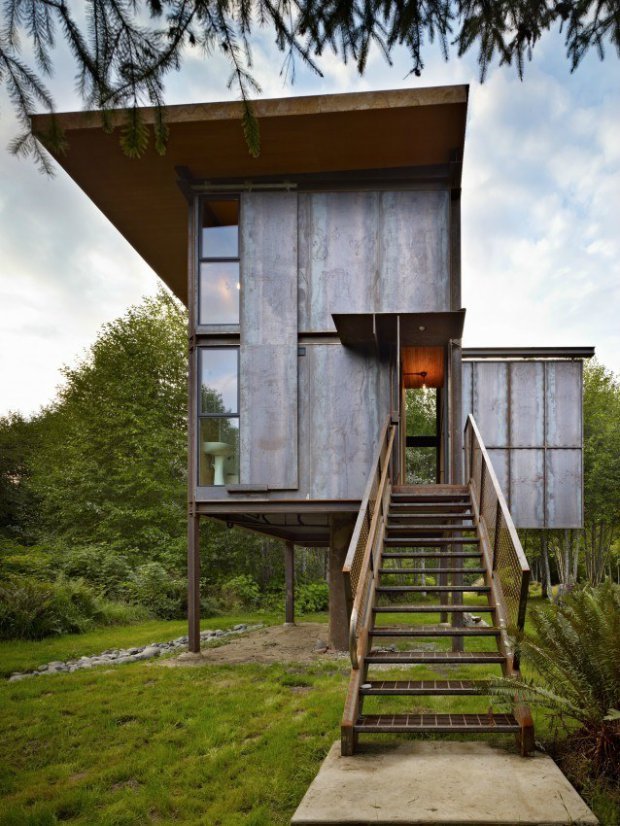 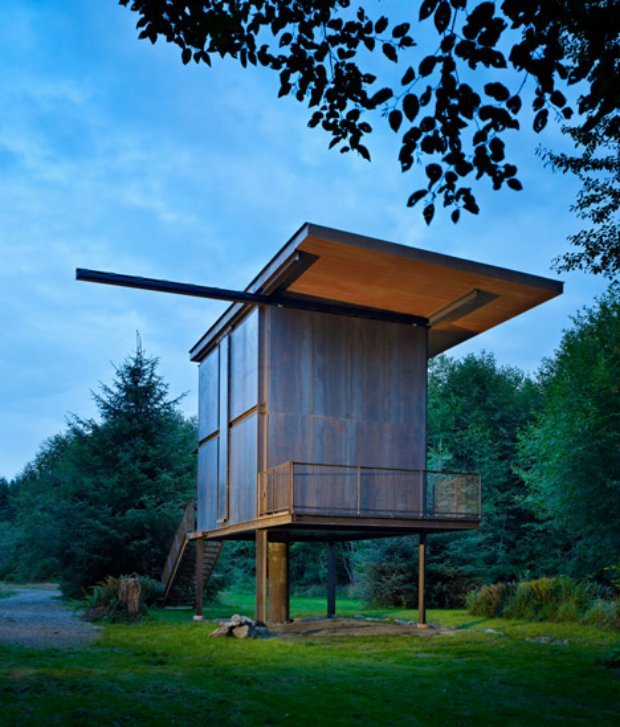 ….CONTINUE TO PAGE 2 FOR A FLOOR PLAN AND MORE PHOTOS….