A Family House for Four

Josh and Katie McCullocks wanted to start a new life in a new house after their youngest son, Fischer, needed open-heart surgery. After his recovery, the family decided to leave their big city house and set out to build their new home from scratch, near other family. The 1,000 sq ft house has some really interesting design ideas and features that make it their own. The kitchen, which Josh describes as the most important room features some custom cabinetry with quartz countertops and subway tile with black grout. The island houses the microwave and dishwasher, and doubles as a dining area for the family of four. Josh took apart some Ikea pendant lamps and rewired them in gas pipes for their interior lighting. In the living room, the fireplace uses man-made rock, cast from the Sierra Mountains, for the hearth. The stairwell railing utilizes wire cattle panels from the local farm store. The upstairs loft provides a surprising amount of storage. Drawers are hidden beneath the bed and window seats, storing most of the couple’s clothes. Having the drawers there however, meant that they can’t have bedside tables, so the couple made floating tables. Josh enlisted brother Kaleb’s help in his sons’ bedroom. They gave the boys some bunk beds that include shelves, storage, and hidden compartments for their treasures. Gas pipes were used to make the railings and ladder, giving the bed more charm, while still being inexpensive.Take a look at these photos that walk you though the process from beginning to end, and then tell us what you think on our Facebook Page!

“We camped in national parks for about a month,” Josh says. “And we realized that we didn’t really care about living in our ‘dream’ house anymore. We cared about being together and seeing new things.” So when the family returned home, they quickly sold their too-big house in the city and moved into an Airstream on family property in Arcadia, Oklahoma (population: 247), while Josh, a photographer by trade, built their right-size home from the ground up. “We call it the ‘not-so-big house,’ ” he says. 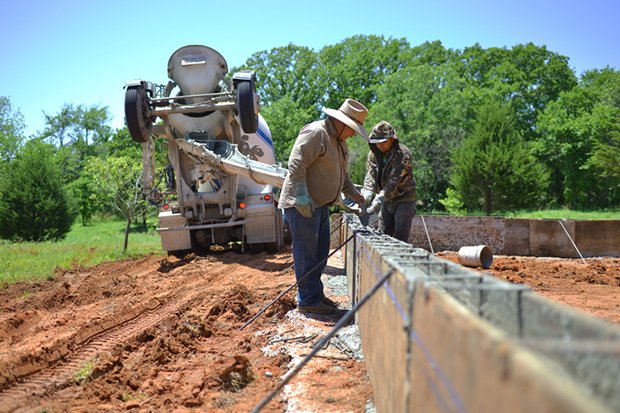 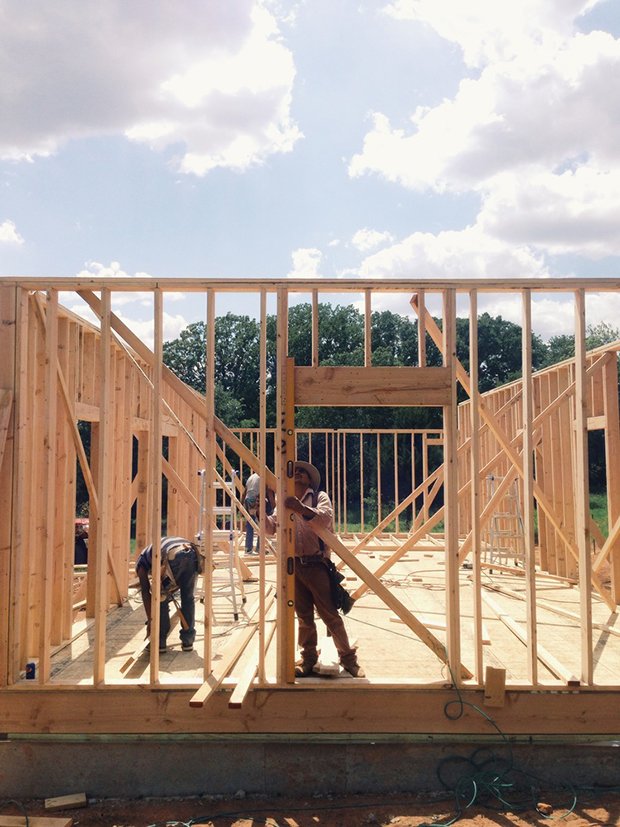 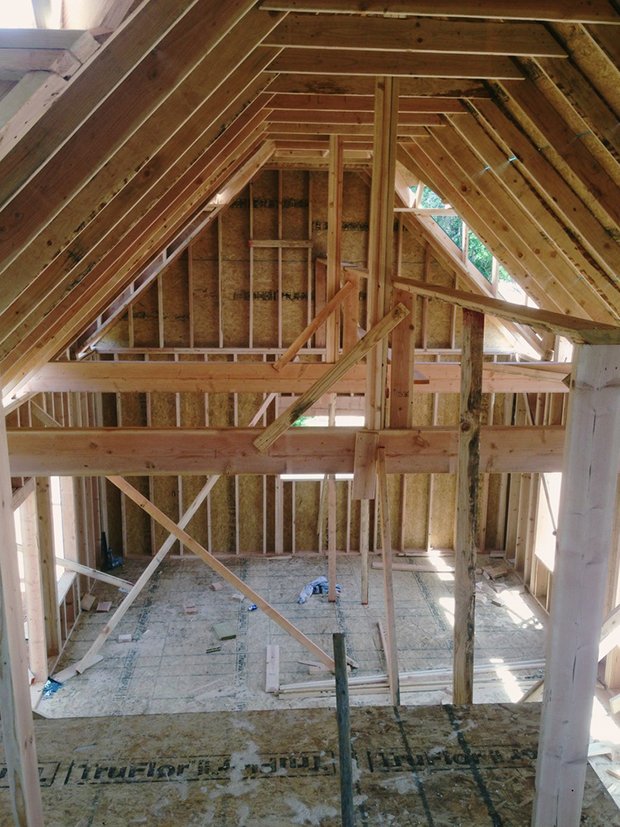 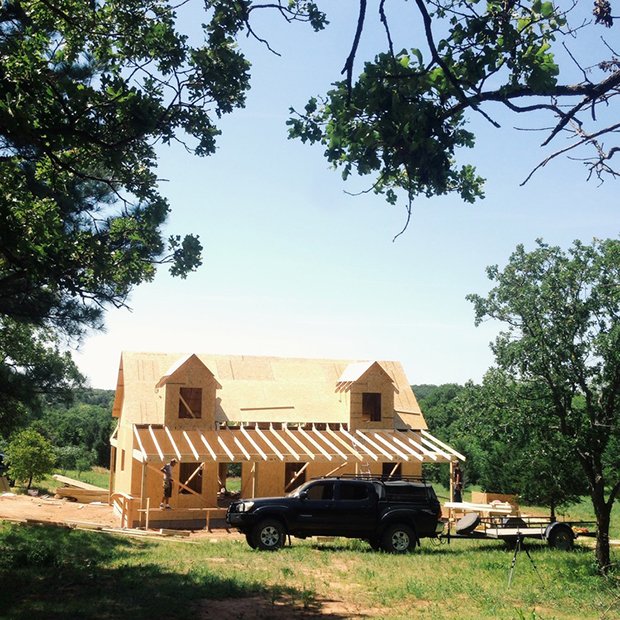 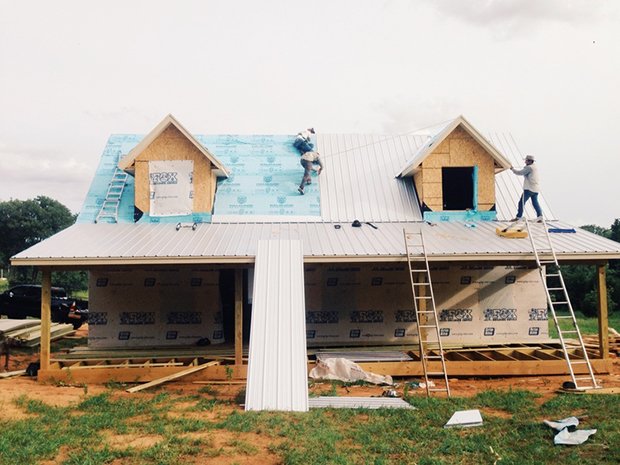