Meet “the Architect of Happiness”

If you don’t know who Andrew Geller is, then it’s time to change that.  Andrew Geller was an architect who embodied post-war optimism through the design of a series of inexpensive beach houses in whimsical shapes and stylish designs.  He singlehandedly produced an entirely different culture of influential homes, and showed the world the twist and turns that residential architecture could take on in order to actually change the mood of the inhabitants and lookie-loos.  Because of the consistent state of happiness his work actually invoked on everyone who experienced it, he quickly became dubbed the “Architect of Happiness” and was widely acknowledged for his outstanding creativity and experimental designs.

When one thinks of Hamptons architecture, a fairly traditional dwelling comes to mind: gray shingles and white shutters, both marked by a pleasing symmetry. But the late architect Andrew Geller had a different approach. His unconventional, cheap-yet-cheerful Long Island beachfront residences are some of the most architecturally striking summer homes you’ll ever encounter. The Leisurama homes provided so popular that one was installed, in full, on the ninth floor of Macy’s department store in New York City. At least 200 of the mass-market Leisurama homes were sited in Montauk, NY. At the same time, Geller was busy working on 15 “summer-use playhouses” for private commissions — each a contemplation on the form of the cube, that used a spartan structural system to expressive, rhythmic effect. These properties, located along the same Hamptons coastline, were also designed to express the personality of their inhabitants. The first of these projects came from inside the Loewy company itself, via the firm’s public relations director, Elizabeth Reese. 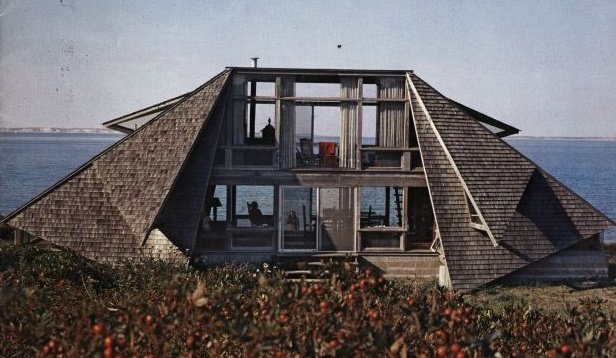 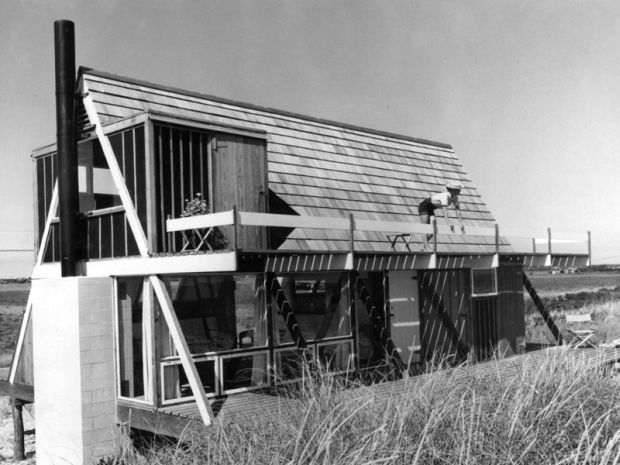 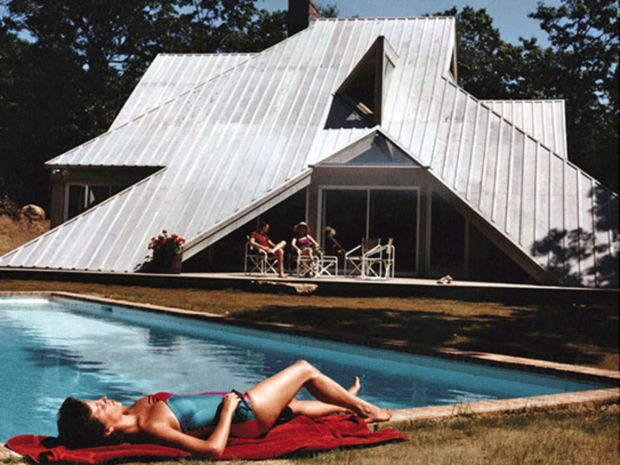 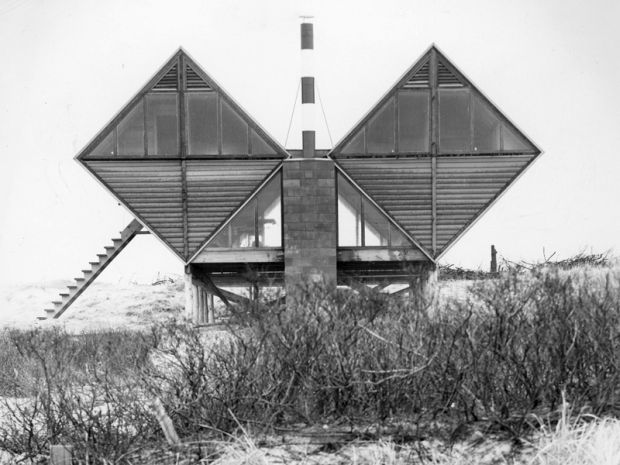 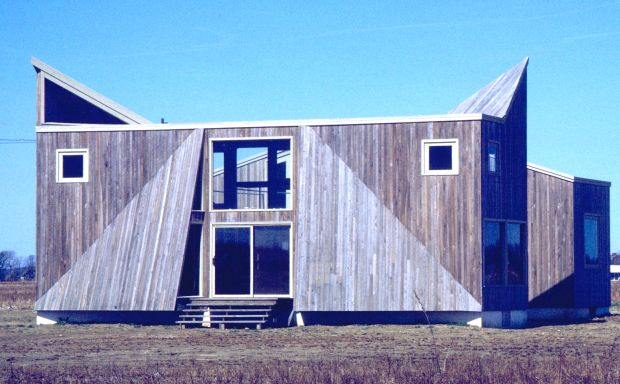