Celebrating the Six-sided Figure and An Obsession with 120˚

To New Zealander Roy Brewster, an avi apiarist, life’s perfect shape was the hexagon. He believed that “the honeycomb was a message from God that showed humans the best way to live, while parallel lines built a world of lies and evil. (And) if man chooses square world he readily makes himself a slave to machines and money.” Driven by this belief, Brewster designed and built a house in 1952 that avoided the right angles in its entirety. It was later widely known as the Beehive House as the hexagon-heavy plans and interiors are analogous to the structure of honeycomb cells.

Nearly everything was hexagonal, from its floor plans to its windows to its shelves. A hexagonal quilt adorned the bed he shared with his wife, Nettie, and a copy of the Mona Lisa hung in the living room in a hexagonal frame, against hexagonal parquet wall panels. Outdoors, the garden’s paving stones led to an angular letterbox. The official name Brewster gave it was “The Norian House” — shorthand for “NoRIght ANgles.”

Logistics, of course, prevented the Norian House from featuring just hexagons, although Brewster tried to avoid the right angle whenever possible. The roof and ceiling featured triangular and diamond forms, while mirrors and other furnishings were round.

Between 1954 and 1971, the Norian House was a popular tourist attraction, with some 250,000 visitors who left their mark in the hexagonal guestbook. In 1973, Nettie passed away and Brewster dismantled his one-story building the following year. The city’s Puke Ariki library then becomes home to some of its remaining fixtures and furnishings, such a chair with a hexagonal seat and a table with drawers that open at an angle. 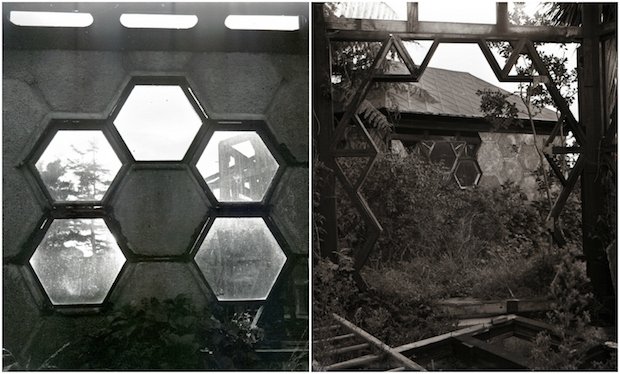 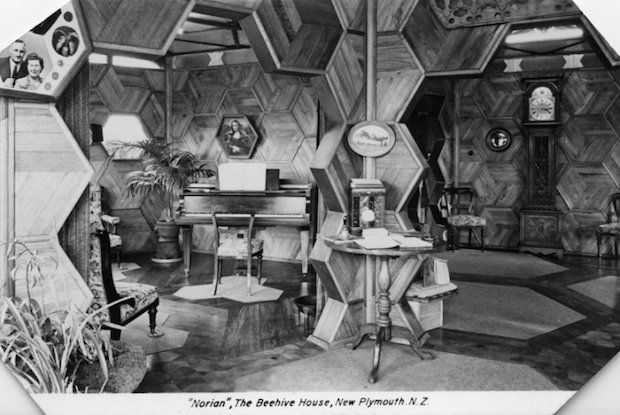 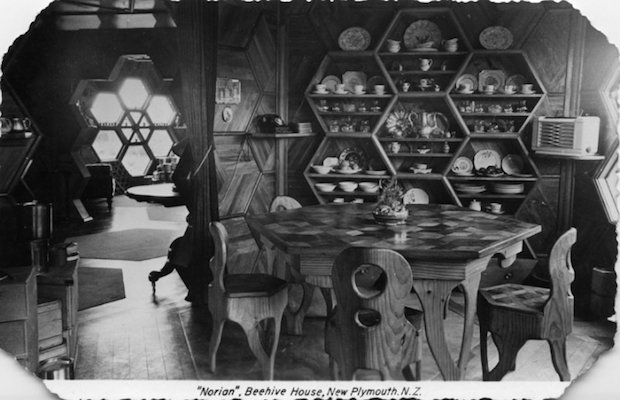 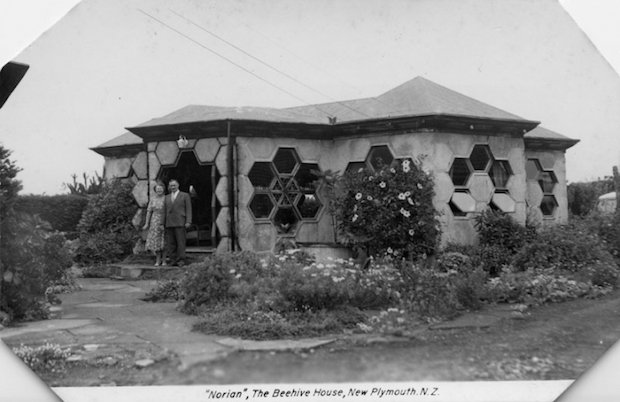