A Brilliant Interpretation on the Duality of Space

Yet to be built, this conceptual cabin by WOJR is designed for a man who recently lost his brother at the very lake that this house will overlook. The cabin comprises of volumes of spaces raised on pilotis and connected by linear passages and crossings. Using a combination of contrasting colors, textures and  scale of spaces, WOJR created a series of thresholds and clearly-defined succession of spaces that allows one to traverse from a space of grievance and refuge, to one of  everyday living within this 587 sq.ft cabin.

A narrow walkway would lead up to the entrance, located in the centre of the front facade. After crossing the initial threshold of the house’s “mask”, visitors would enter into an open-plan living area that contains only a central suspended hearth. This space would be expansively glazed, and faces west, towards the lake. The southern wall of this volume would contain cooking appliances and some counters. To the north, the architects included a sleeping nook and bathroom. The interiors would mostly be finished in a light-coloured wood. The only exceptions are the sleeping corner – which would be lined in a dark, felt-like material – and the bathroom, finished with tiles. The roof of the home was designed as a terrace, and would be accessible via an exterior staircase running along the east facade, behind the slatted wall. 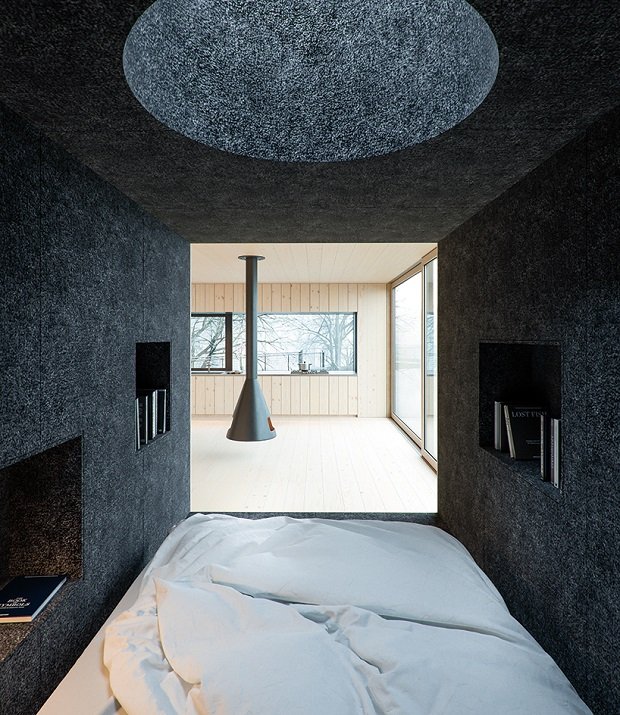 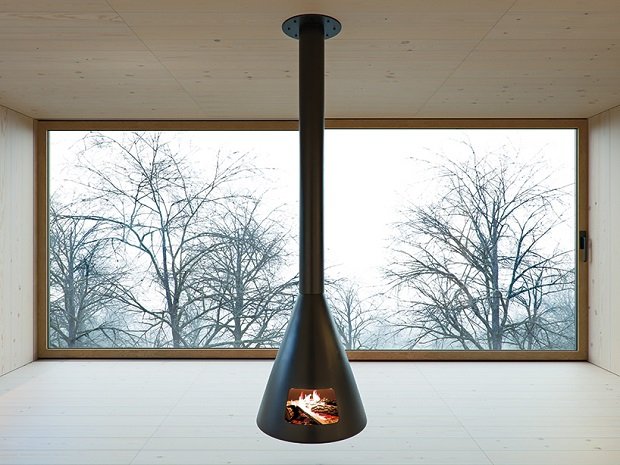 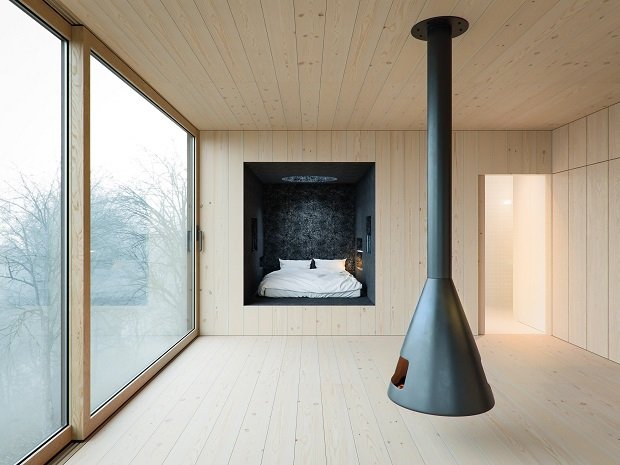 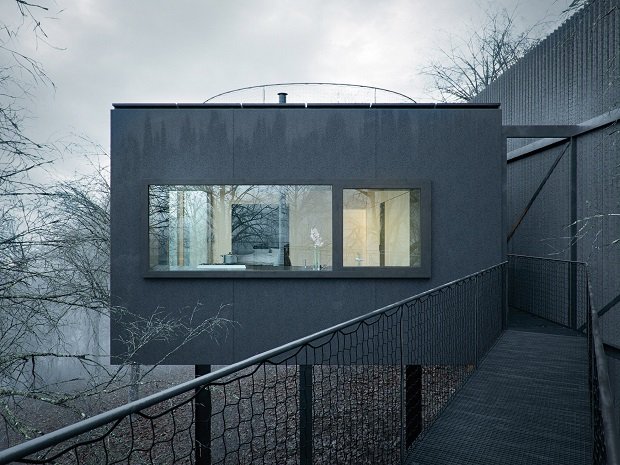 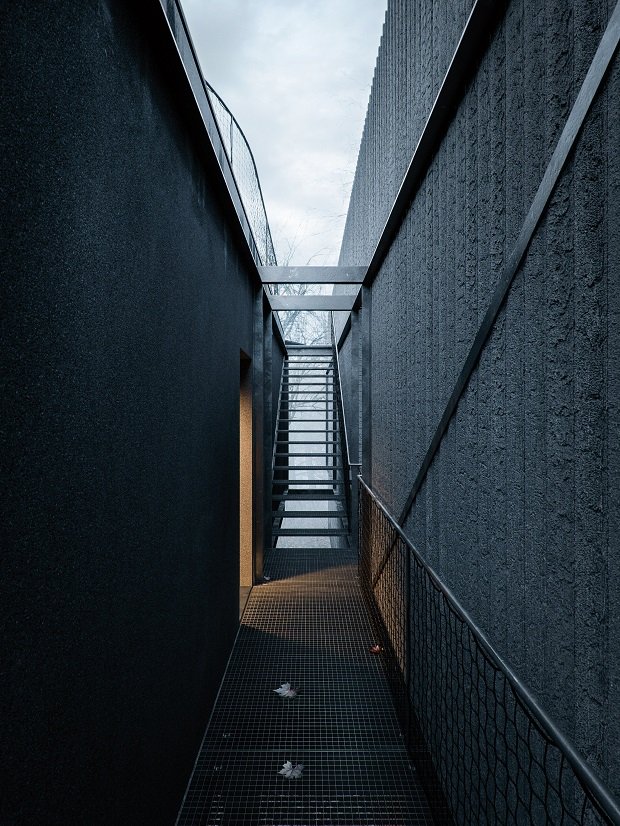 NEXT UP : TRANQUIL, QUIET GETAWAY FOR SPIRITUAL REJUVENATION