And It’s Better Than Reality TV…

What started as a video diary of a Honeymoon turned into a never-ending cabin-building Alaskan adventure.  And the best part?  It’s all available to watch for free on youtube, presented as a “series” step by step, episode by episode.  Follow the journey of Jonathon and Kimberly Goodwin and some of their amazing friends, as they put their gumption to the test in building one heck of a little Alaskan cabin, one log at a time.  Read the story below and follow the process along through all these photos.  And TO SEE THE WHOLE VIDEO SERIES, BE SURE TO GO ALL THE WAY TO PAGE 5 FOR THE LINKS.  Enjoy! 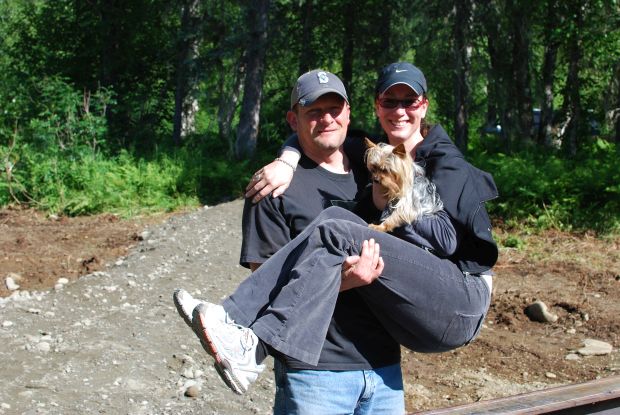 Kimberly and I on first day

“Alaska Log Cabin” began in 2011; it started as a video diary of our Honeymoon. Kimberly would probably disagree, but the fact is that we started the build just days after our wedding.  Our friends Gary and Alan were up for the wedding, and stayed a few days to help. So the beginning of season one is the four of us getting things in place, moving our summer home (1976 Tradesman camper van) onto the property and getting the foundation ready to build. The first few videos are kind of poorly made, but it was the beginning, and we got a whole lot better at filming and story telling as the series progressed – so please give it a chance, get through the first few videos. I promise it will get better. In typical Alaskan fashion we had to get the roof on before mid-September (winter), and we started on July 16th. You can see the dilemma – time was running out from the start of the project. 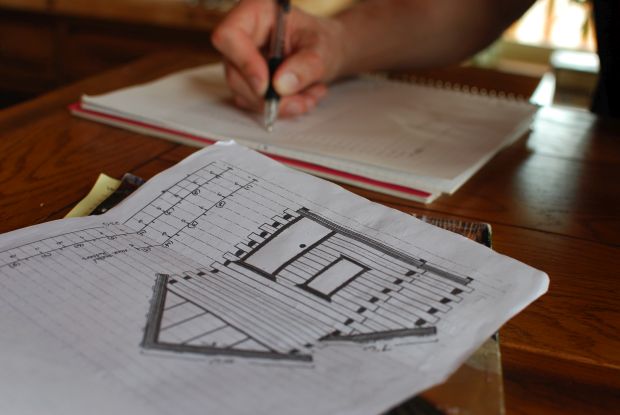 We truly had no real plan in place, but I had faith that once we started, our friends and family would want to join in. It was kind of a build it and they will come – and they did. One after another they started coming, and as luck would have it we had a roof on before I departed for Iraq that September. As the story fell into place, I thought it could be more of a documentary or chronicle if you will, instead of a diary. I wanted to share more than just a how-to, I wanted it to be inspirational, honest and entertaining.  The second season was the same as the first, except our stories, editing and characters really started to develop. We started putting out, what I thought, was a really cool product. Then tragedy struck. 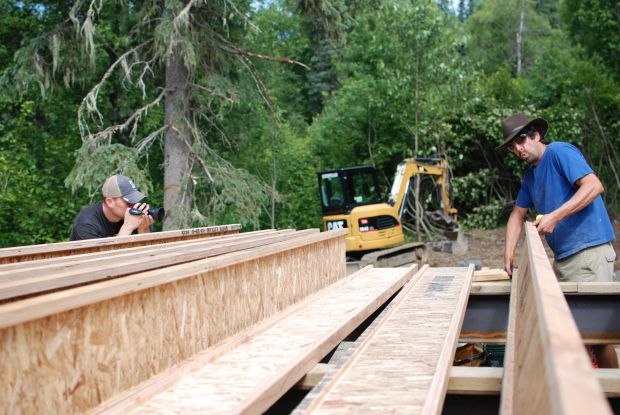 Kimberly and I lost our son, Jackson, that December of 2012. And the cabin was put on the back burner, as I quit my job overseas to stay home and take care of my wife. I lost my mojo, our income stream and frankly my desire. That is when my friend John flew in from Hong Kong and forced me back into the woods (2013 season). Thanks to him, the show continued on. That summer I also started calling every Legislator in Alaska to begin the process of creating a bill that would help protect Alaska’s mommas and babies. It was an arduous task, which demanded all of my emotion and attention. The 2014 “Alaska Log Cabin” was very short due to the lack of funds and focus, but the effort paid off when our Governor signed Jackson’s Law into law that summer. 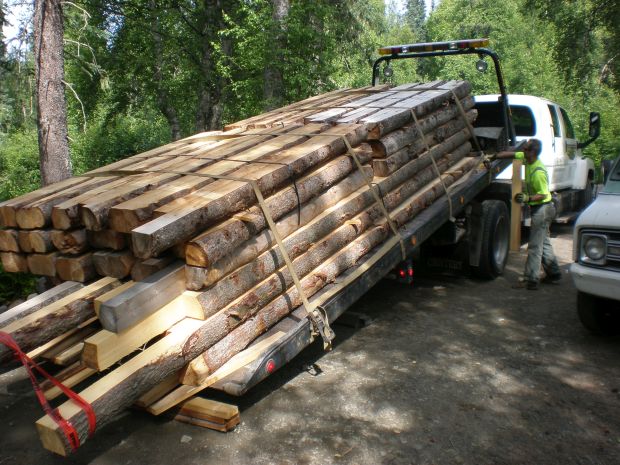 During the 2014 summer it became clear how cathartic “Alaska Log Cabin” was for me. I wanted to show that in the series, the fresh air, cooking over camp fire, putting pieces of wood into place, sharing, loving, laughing, shedding despair and anger – it became my/our cabin therapy. All of this is reflected in the series, the emotion of our story comes through in the telling of it. It seems to create an authenticity that people can relate to. Every one of us experiences pain, frustration and loss. The healing of building our little piece of heaven forty miles from the summit of Denali provides a slice of hope, comradery and enjoyment to the viewers who have stumbled across our YouTube channel. Many have followed by starting their own cabin projects; they are now finding what we have found deep in the wilderness – in a cabin. 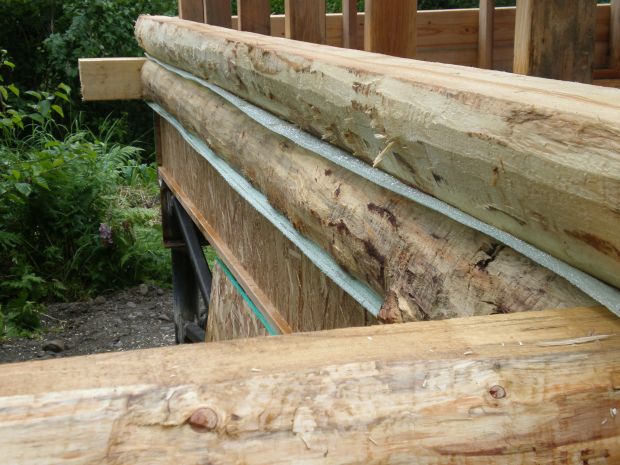 The cabin: The idea was to just build a cabin, like we built a fort or a tree house when we were kids. No architect, no inspector, no rules. Just building a structure off of plans from a piece of graph paper. Of course we do have some experience, some way more than others, but the overall plan was to Just Do It. We wanted a small footprint, tiny home with many custom features. Unlike a conventional home, we wanted it to be stout, strong, big beamed, small but tall. It had to be tall in order to accommodate the centerpiece: the eye catching, 18-foot tall, built-in bookshelf with sliding library ladder – built by our friend Tim Krause (KrauseBuilt). Being a huge Tolkien fan, I pictured J.R.R. sitting in the cabin with a pipe and a good book, that is what we were after. The project should be complete this summer, so stay tuned for Season 6 of Alaska Log Cabin.