Whose Side Are You On ?

Renowned architect Tom Kundig is having to face certain controversy regarding the mountain cabin he designed (and owns) in eastern Washington’s Methow Valley. The boxy rustic cabin is in the midst of lots of neighborly drama, since it stands proud above the natural ridgeline and “obstructs the view,” which is legally forbidden.  What are your thoughts on this matter?  Does it enhance the view?  Or obstruct the view?  Whose side would you would on?  Tell us what you think on our facebook page!

Architect Tom Kundig’s cabin designs are striking in their modern style and boxy shapes — they’re certainly not designed to blend in — and that’s a problem in eastern Washington’s Methow Valley, where a hut owned by Kundig and friends perches on a ridgeline viewable from the valley floor. Now the community is fighting to have the hut moved, and the former owners of the parcel are suing Kundig. Nearly 500 people signed a petition urging Kundig to move the hut farther back in his property, out of sight from the valley below — this, where the nearest town, Mazama, has just 250 year-round residents.

Located on Flagg Mountain, the cabin is starkly minimal, with no running water or septic system, and is permitted for occupancy just 60 days a year. It is a much less lavishly appointed structure than the famous Delta Shelter or Rolling Huts that Kundig designed.

The Methow Valley receives about 500,000 visitors a year. 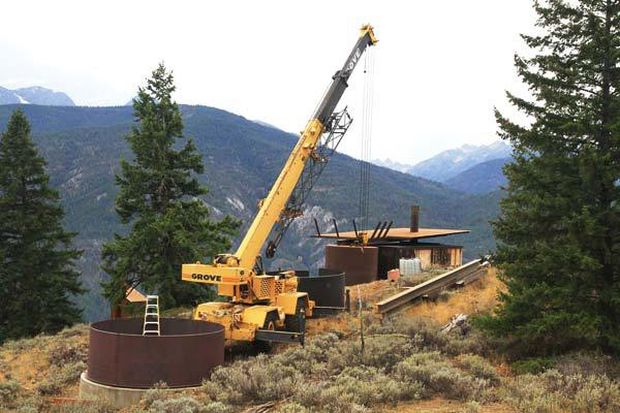 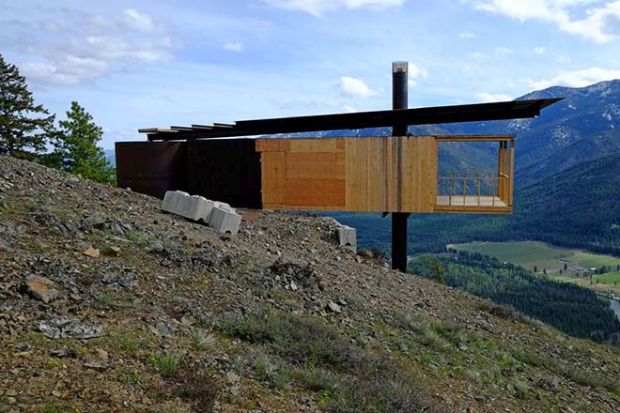 NEXT UP: [VIDEO] UNDERGROUND APOCALYPSE SHELTER IS A BILLIONAIRE’S HIDEAWAY