Carving certainly does run in the family!

Two heads are better than one. Here we quote four hands are better than two! This twosome pair has a pretty solid talent for carving some very amusing masterpieces out of wood.  They enjoy doing this both professionally, and just for fun.  Check out the Photos and INCREDIBLE VIDEO below.

The two brothers rev chainsaws at full throttle and spit out blizzards of wood chips all day long. It’s all in the name of giving life to dead trees. Their talent as chainsaw artists is to evoke a feeling of energy and motion in the detailed images of wildlife they carve from logs. They’ve transformed woods ranging from soft pine to rock-hard black walnut into everything from soaring eagles and charging bison to leaping dolphins as fluid as the water they make home. Terry Redlin has invited them to demonstrate their art at his famous art center near Watertown. S.D. He paid the two what they consider their best compliment ever. 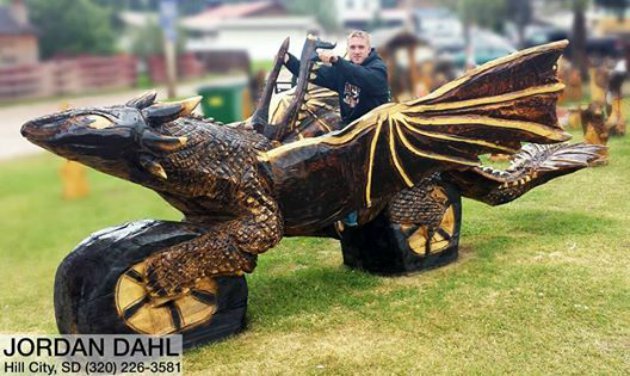 Jarrett and Jordan grew up on a Lac qui Parle County farm, the only two boys and the youngest of five children raised by Wayne and Laura Dahl. They love to create what they can visualize in their mind’s eye. They appreciate the pace at which their creations come to life. The brothers work well into the night most days of the summer. The days are spent carving the works that their visitors want, mainly bears, bears, bears and eagles. 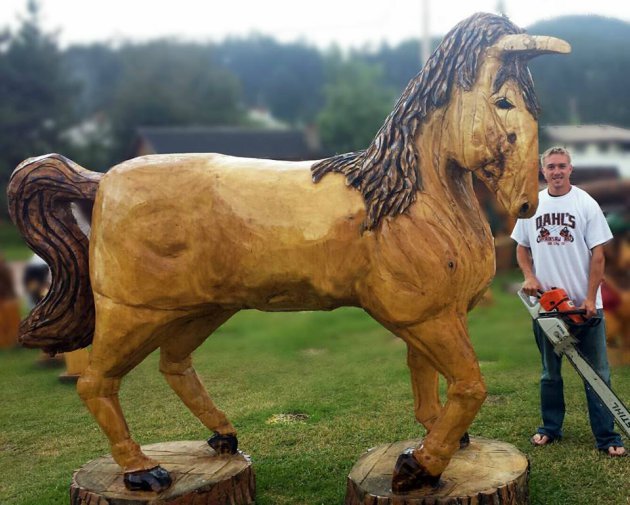 The last couple of winters the two brothers have also teamed up to compete in the St. Paul Winter Carnival ice sculpturing contest, where they’ve won awards — including the carver’s pick.