Just off the coast of Vancouver Island, Wayne Adams and Catherine King, both artists, built this floating home together in 1992 .The creative duo used to live in the the heart of tiny Tofino and finally decided to build their dream home when a winter storm blew some trees down, which they had used to build the very first part of the floating home colony. Now with two children, Adams and King have been living there year round ever since, where they would self-sustain by growing and fishing for their own food supply.

The home, which they’ve named “Freedom Cove,” consists of 12 floating platforms that include a dance floor, an art gallery, a guest lighthouse, a studio for Adams and King, and 5 greenhouses. The settlement has half an acre of land for growing edible crops. The couple gets water from a nearby waterfall during the summer and from rainwater during the winter. The settlement had been powered by an array of 14 solar panels, but recently switched to a generator after these broke down.

Take a look through these images and video, and tell us what you think on our Facebook page! 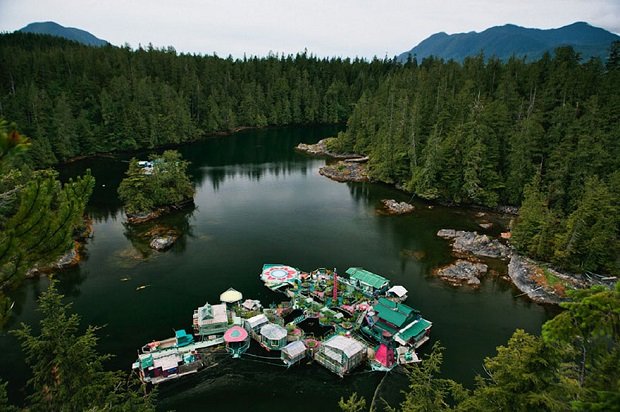 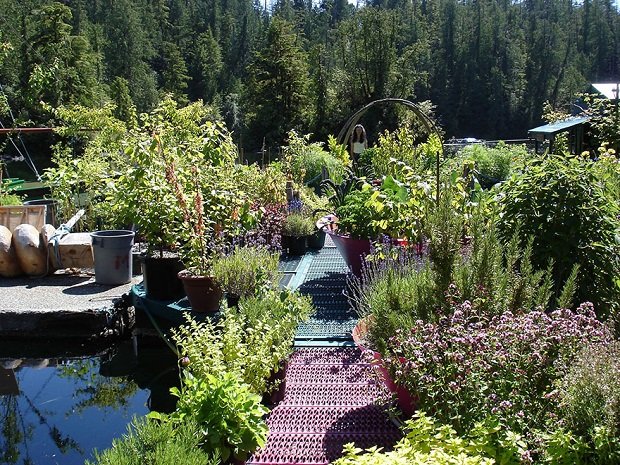 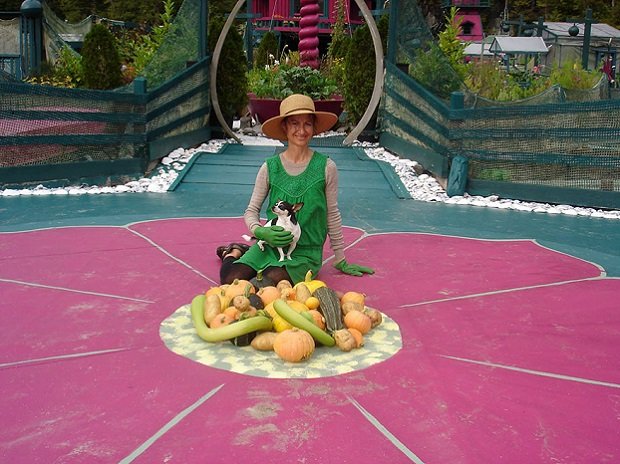 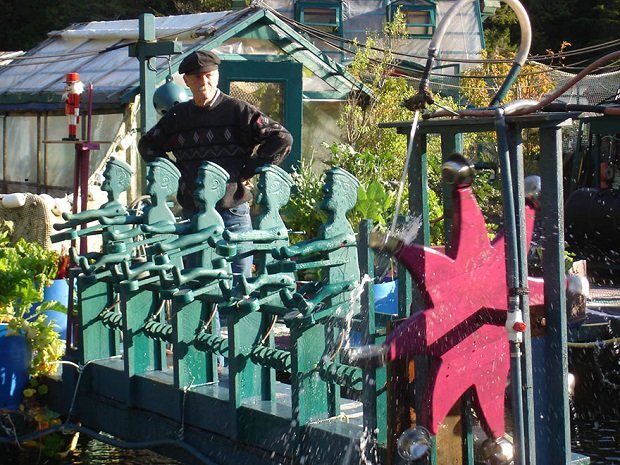 CONTINUE TO PAGE 2 TO WATCH VIDEO…