The Blue, White, and Red

This tiny home was designed by Joshua Woodsman, and unbelievably only costs $1,200 to build and can be assembled in about 3 hours!  The house resembles a French flag, and is aptly named France. It’s blue, red, and white colors divide the house into three distinct portions. Although it may just seem like an aesthetic choice, the colors and partitions actually serve a clever purpose. The blue portion of the house is the “night zone”, with the darker color of the room aiding in sleep. The white part is the “day zone”, keeping the room bright and lively. The red room is the “heating zone”, where the kitchen area is located. Cleverly designed and very interesting to look at, this prefabricated tiny house only needs three people to assemble the 21 insulated panels. France is part of Woodsman’s feasibility study on the mass-production of prefabricated tiny homes. Simple, smart, and full of character, the tiny house is surely something that will catch your attention. Take a look at these photos and don’t forget to check out the video on page 3!  Then head over to our Facebook Page and tell us what you think!

Meet France, a tiny and adorable home that can snap together almost anywhere in as little as three hours. Designed by architect Joshua Woodsman of Pin-Up Houses, the prefabricated tiny house was constructed for just $1,200 and assembled by three builders. The experimental prototype was painted red, blue, and white to mimic the French flag and was created as part of Woodsman’s ongoing research into the feasibility of mass-produced prefabricated tiny homes. 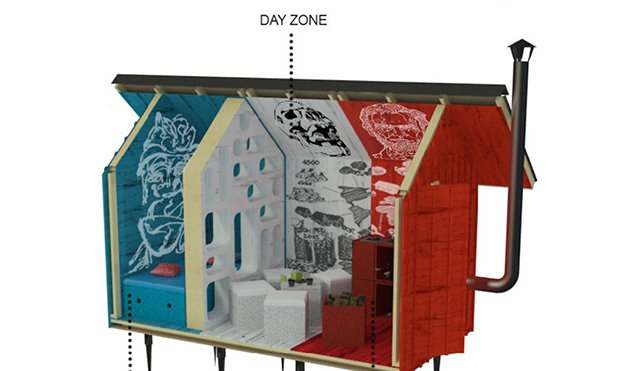 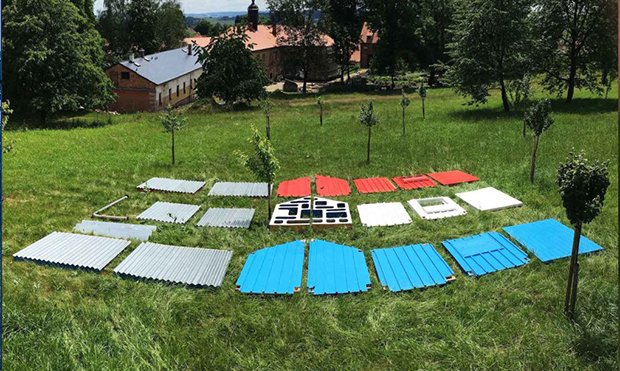 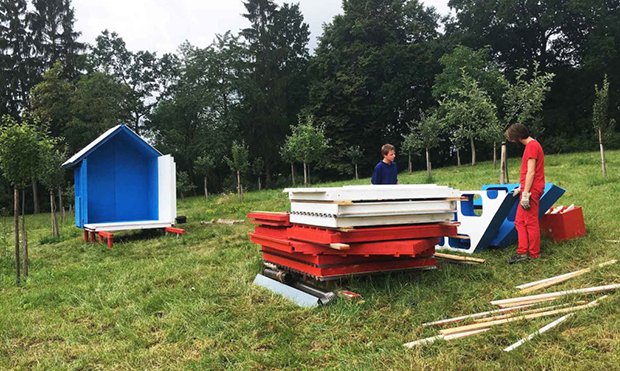 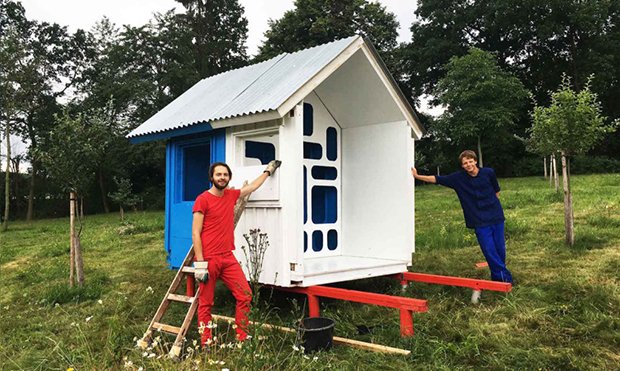 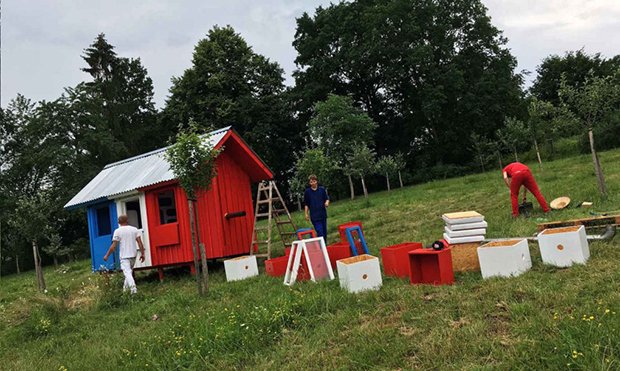