When an artist requires a retreat for some fun and relaxation, that escape has to be far away from cities and noise. But beyond that, it usually turns out pretty creative and awesome too.  In this case, an Austrian Songwriter commissioned an exotic refuge in the woods of Wienerwald, Austria, designed by Raumhochrosen Architects.  Since the Songwriter’s name is Tom, the awesome abode is called “Tom’s hut,” and it’s definitely worth checking out these photos!

When an Austrian songwriter requested a tiny retreat in the wilderness, architecture firm raumhochrosen responded with a prefab timber cabin that merged seamlessly into the woods of Wienerwald, Austria. Named after the client, Tom’s Hut is a simple house built on the bones of a previous building that had fallen into disrepair. Though the minimalist building appears rustic on the outside, the rough facade is sharply contrasted with a clean and contemporary interior. Tom’s Hut is made from a prefabricated and angular wooden structure. A sloped metal roof and chimney top the cabin and the timber planks that clad the sides are left unpainted to maintain a strong connection with nature. Black metal trim outlines the doorway, loft, and stove area to give more structure to the minimalist space. 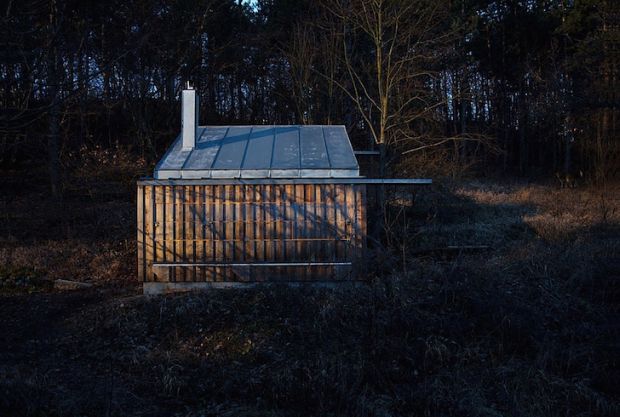 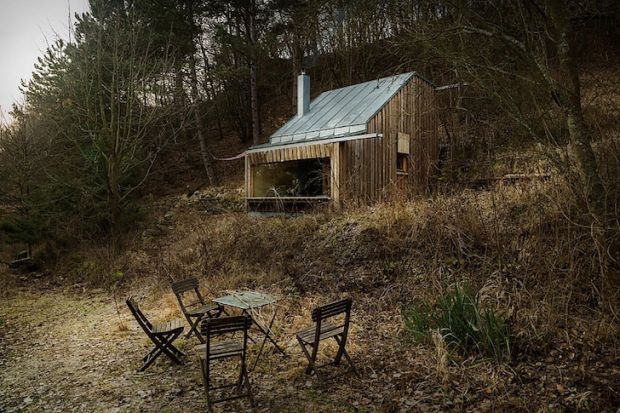 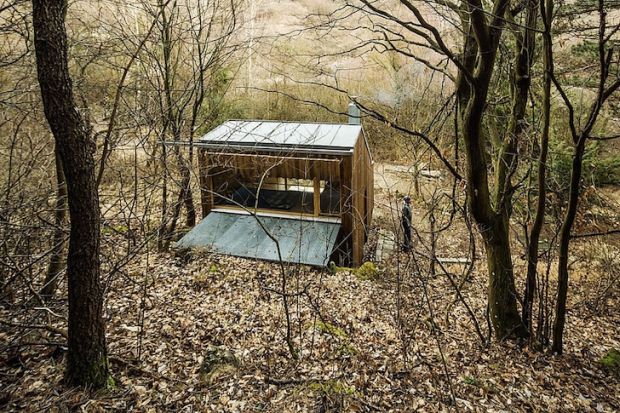 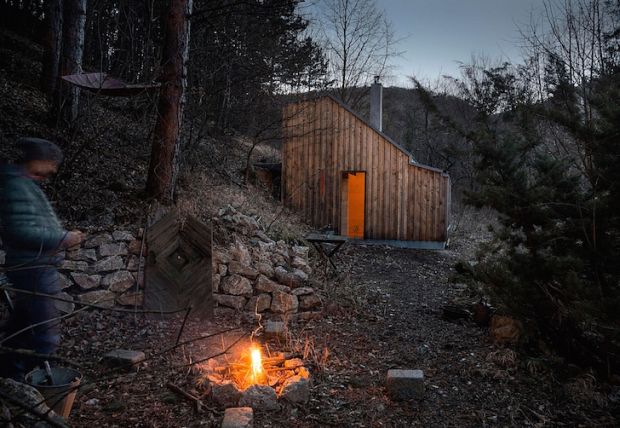