Concept That Plays With Colors

Do you love the way that bright colors tend to “pop” against the backdrop of a mostly-white home? Well Kemi Lewis Designs implemented this fantastic technique of incorporating colors in different corners of this compact home, which, although only 400 sq feet in size, still has a tremendous amount of space inside.  And of course some credit should also be given to the clever storage techniques used. So now you just need to take a peek inside and you’ll be left feeling energized and spellbound, blown away by the immense exuberance and style. Go through these photos to explore this chic little lodge, and then tell us what you think on our Facebook Page!

For Austin, Texas–based interior designer Kim Lewis, the current movement toward micro dwellings has enormous appeal. “I definitely see it as a reflection of the housing industry—the desire to better find a way to live within your means,” says Lewis, who has also worked on high-profile interiors for the Hollywood set. “Clean lines, rich textures, bold colors” was the couple’s request for their new residence, which was built on two trailers connected by a covered breezeway. Lewis drew up the layout to maximize Aaron and Meredith’s other primary desire: as much entertaining space as possible. “Aaron was very adamant about the kitchen not being bulky, with lots of appliances,” Lewis says. Two low-profile refrigerator drawers provided one ingenious solution: they supply as much storage as a standard refrigerator while freeing up added space for a countertop. Even a color-loving designer like Lewis knows when to stay disciplined. “Generally, I would say that when it comes to tiny homes, you want to minimize color on the inside. I like to use textiles and smaller elements to pull color in,” she says. The installation of dramatic black wall tile in the kitchen led to the decision to paint the ceiling in the same hue: “There’s a misconception that dark colors make a space seem smaller. But this had the opposite effect—it elongated the trailer. Perforated-copper panels from Parasoleil were an important design element both inside and outside the home. Next to the bathroom, part of the ceiling was repurposed for a cubby area to store the couple’s camping and fishing gear.  One of the most innovative parts of the entire design is Lewis’s decision to build a storage area on a platform over the trailer’s gooseneck. Extra-wide steps, a covered breezeway complete with ceiling fan and doggie beds under a padded bench, and a pass-through bar area are just a few of the fun surprises of the exterior. 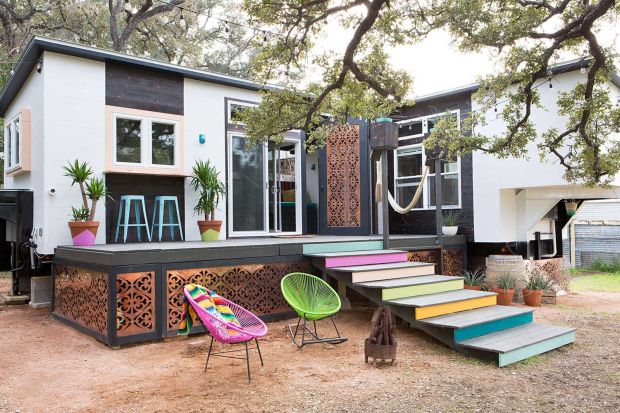 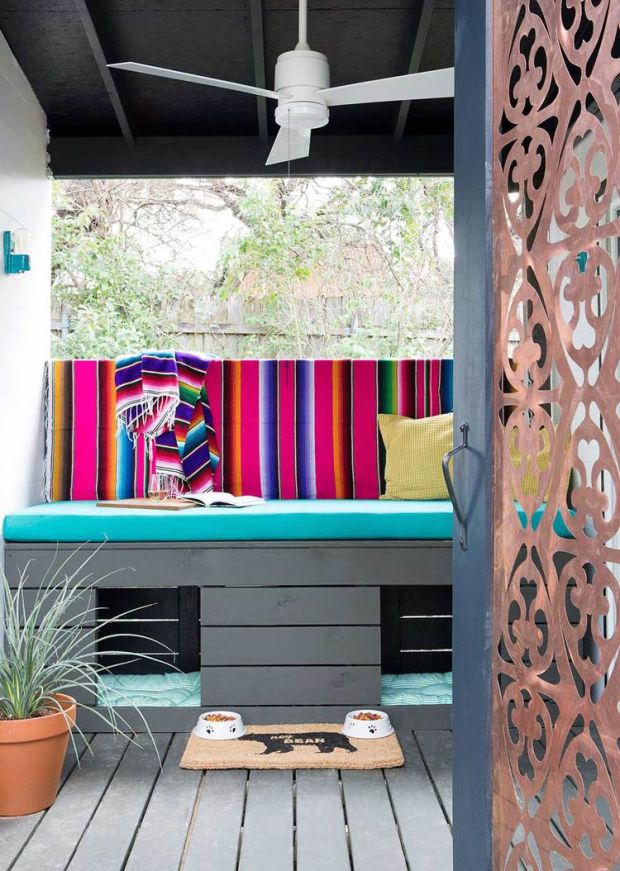 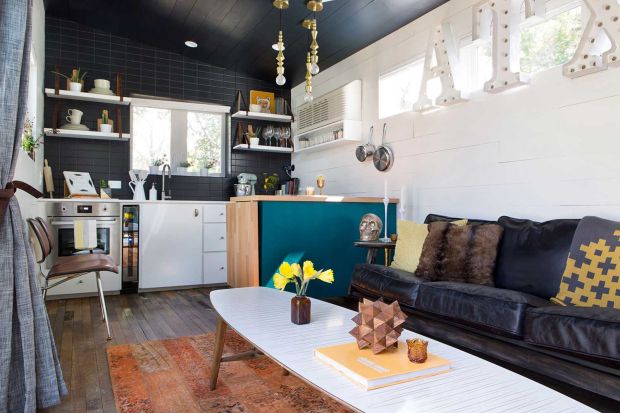 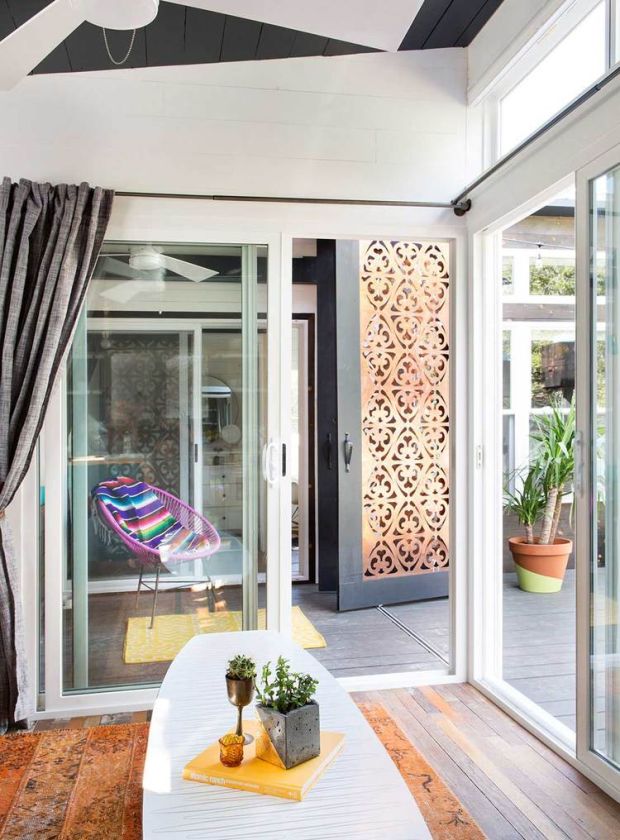 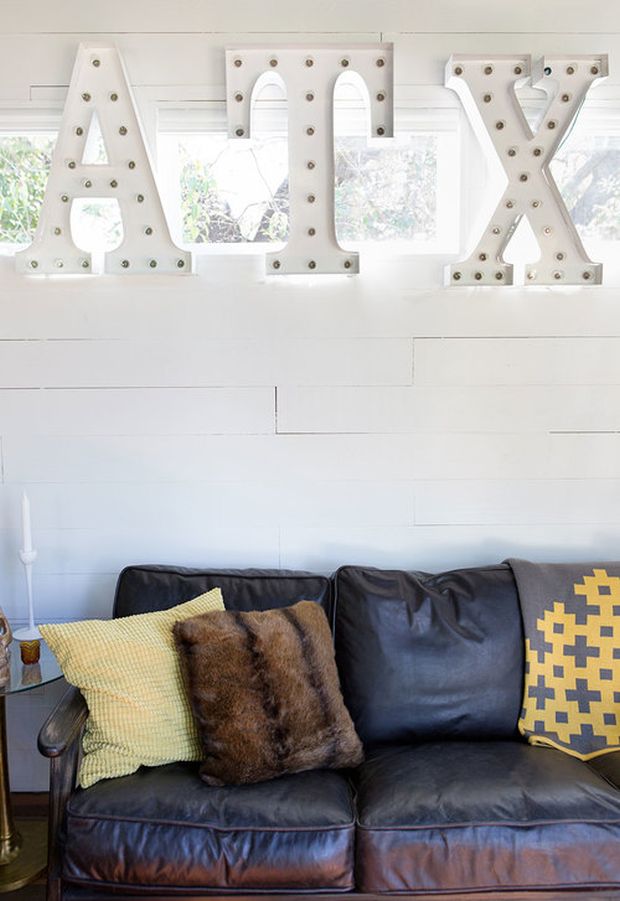