The very talented architect Sandra Coppin (Coppin Dockray) transformed a modest house in Wiltshire UK into a modern family lodge now called Ansty Plum.  A fusion of elegant sophistication, efficient use of space, and respect for the surrounding context (which includes a historic ruin),  the gorgeous dwelling pays extra attention to detail as every square foot is thoughtfully considered into the flow of the subsequent one.  Read more below and most importantly, check out these lovely photos!

Ansty Plum is an architecturally significant house and studio in rural Wiltshire that has undergone an impressive retrofit and a bold studio extension. It is a gem, consisting of two eloquent and imaginative buildings, commissioned in the 1960’s and ‘70’s by Roger Rigby, a former partner in Ove Arup’s office. The brick and timber house has a simple open plan with a singular plane rectangular roof following the gradient of the land. The stone and concrete studio, hedged into the slope, peeps onto an ancient woodland track. Coppin Dockray transformed the house. Many sequential changes made over 50 years were removed to express the rigorous architectonic qualities that the original house eloquently displayed. They opened up the main space by removing a late addition bathroom and internal walls and created a new bedroom and study.  The structure was underpinned, tanked and insulated, and services and heating added for the first time. The house and studio are located around an historic ruin – an incomplete cottage built by a Mr Tucker in what was his plum orchard. Inside Mr Tuckers ‘cottage’ is a pond that has been re-built as a natural swimming and wildlife pond. Ansty Plum was built on a low budget with high ambition. Coppin Dockray’s work continues this tradition in their preserving these two small yet significant buildings. 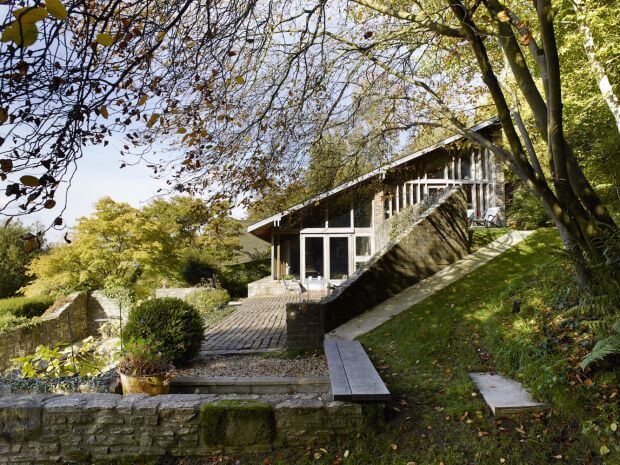 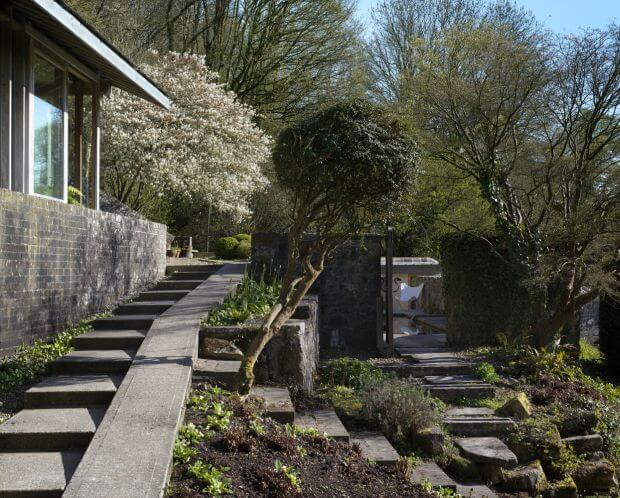 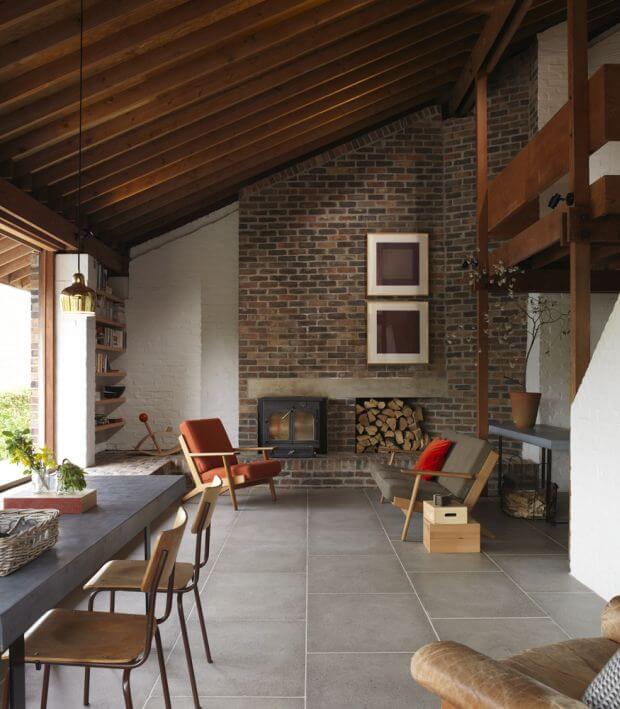 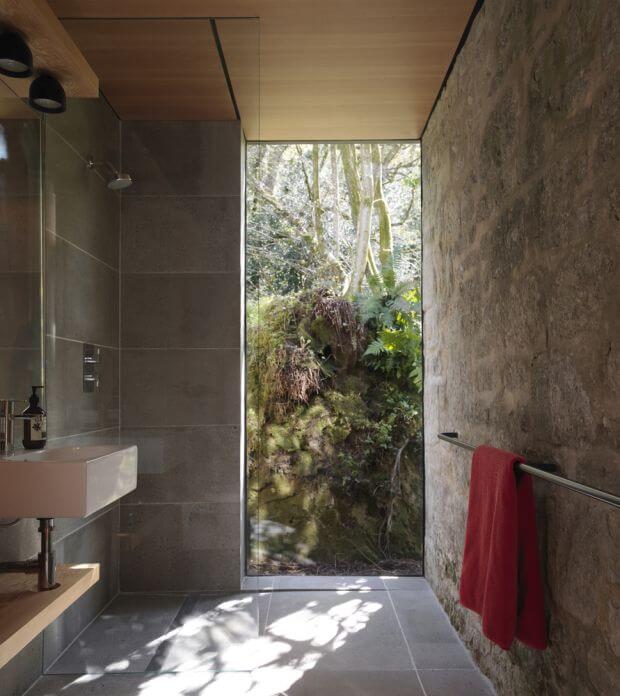