Dive Right In and Check Out These Photos…..

This stunning floating house captured so many eyes when it was built that the hype it created made the neighbors envious.  The couple struggled for a decade, but finally succeeded in building this cottage on the water (literally) thanks to their passionate ideas and determined will.  Check out these photos, and try not to be envious too!

They may call it “The Redneck Yacht Club” or “Chateau Bathtub,” but Foy and Louisa Brown’s floating hand-built cottage stirred a wake of envy when its photo appeared online. “Someone come live here with me,” gushed one viewer while another sighed, “It’s like all of my dreams come true.” In fact, the cottage was supposed to be a getaway for other people, a rental to net extra funds. “But we realized that if you rent it to someone who gets snot-flying drunk,” says Foy, “you’re screwed no matter how much insurance you have.” The plan was moot anyway; once the house was finished, he and Louisa didn’t want to share. “I thought I’d have to fight Louisa to go out on it,” Foy says, “but it’s a fight to get her to come off.” 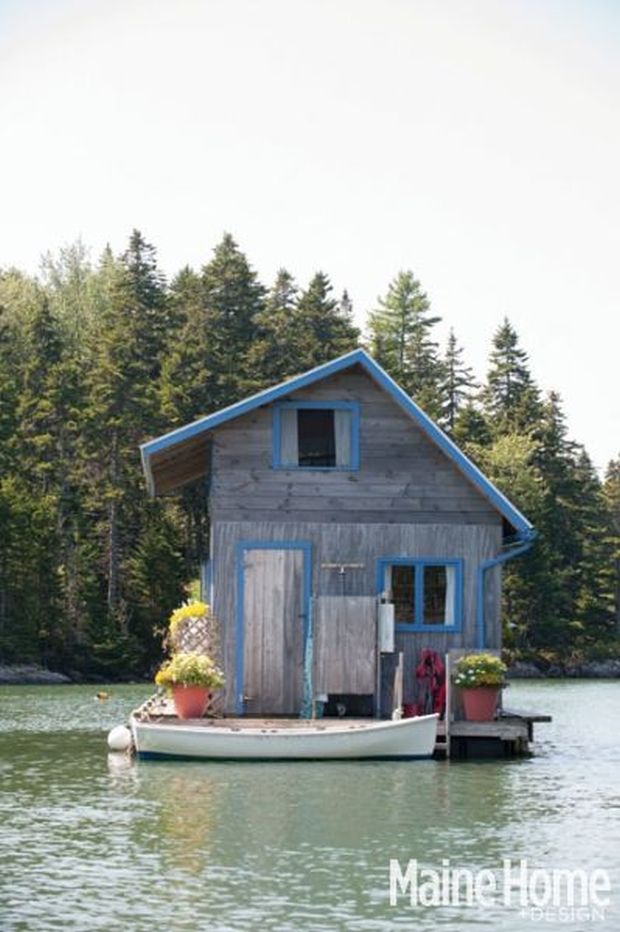 Construction was a decade-long labor of love punctuated by a string of curses from the salty Foy. First he built a float onshore, rigging plastic floatation tubs, Styrofoam, and pontoons as foundation. The float was then towed to sea, and he built the cottage above it, using mostly pine shiplap. If Foy unexpectedly needed a particular screw or tool, it meant a skiff ride back to shore. He toiled in the dark, after working at J.O. Brown and Sons Shipyard on North Haven. A family business started by Foy’s great-grandfather in 1888, the yard still designs and builds wooden boats with tools and techniques passed along five generations. 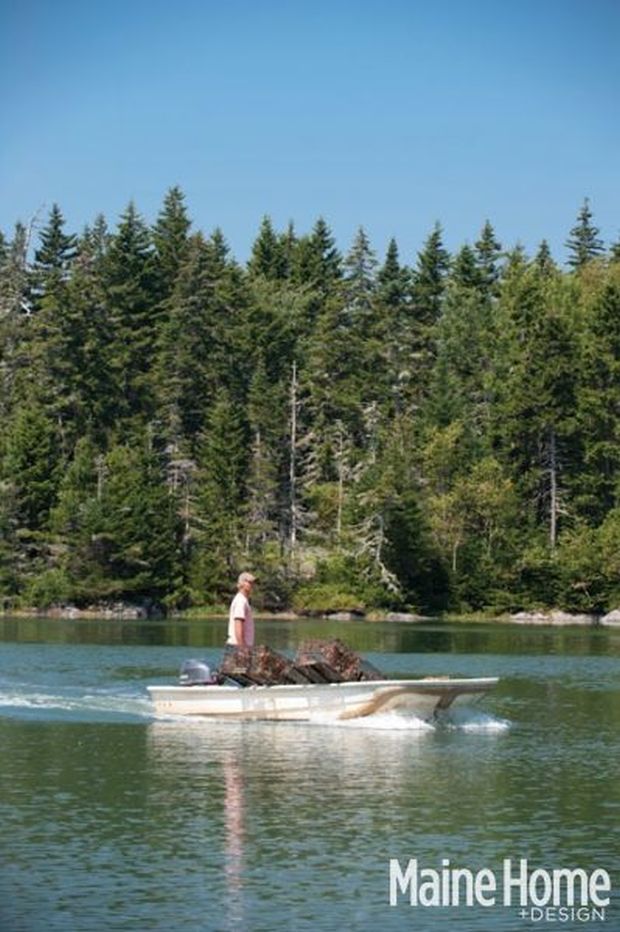 The home is an off-the-grid haven from work and island life, where being neighborly means you’re always on call. There’s a VHF radio onboard, but the cell phone only bleats when the house faces up harbor. “The best part is getting away from it all,” says Foy. “There’s no TV, no one to bother you—and no property taxes or permits.” “When you’re in your house, you think of all the things you need to do,” adds Louisa. “Out here, you can just relax.” 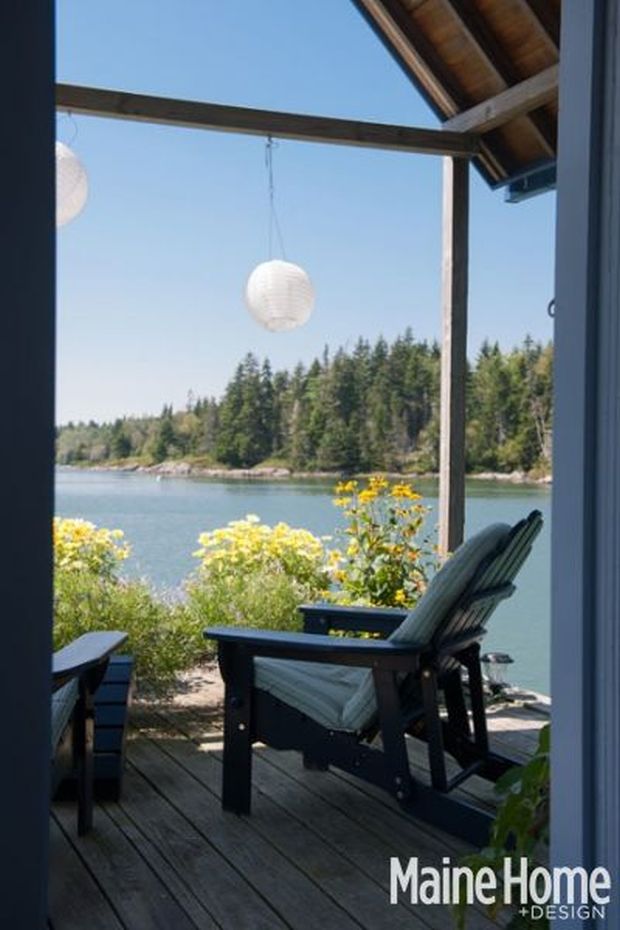 The cabin was complete in time for Foy and Louisa’s wedding night in August 2010. Or nearly ready: “She was pretty crude,” according to Foy. The roof leaked above their honeymoon air mattress. Foy MacGyvered a sheet to catch the rain, then added a rubber roof the next year. With nothing to hug the float, the structure creaked at night in tune with the waves. Foy built a cradle and sunk it with rocks; when tide ambled in, they hoisted the cottage over the cradle and released the rocks. Before mooring in Vinalhaven’s Perry Creek, when the cabin was kept nearby in Fox Island Thoroughfare (the strait between Vinalhaven and North Haven Islands), it broke loose from the metal weight mooring anchoring the structure. “We had to chase it down the thoroughfare,” says Louisa. “It was a good wind.” 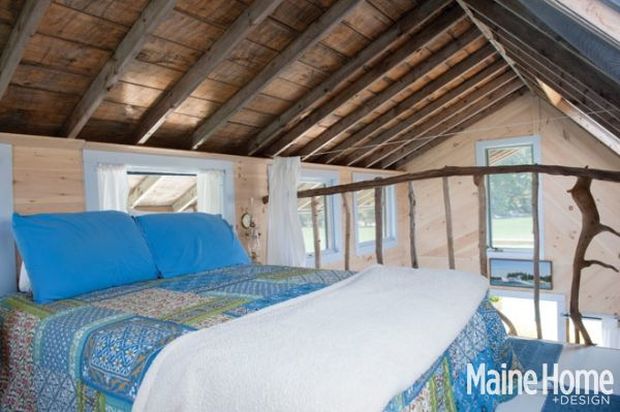 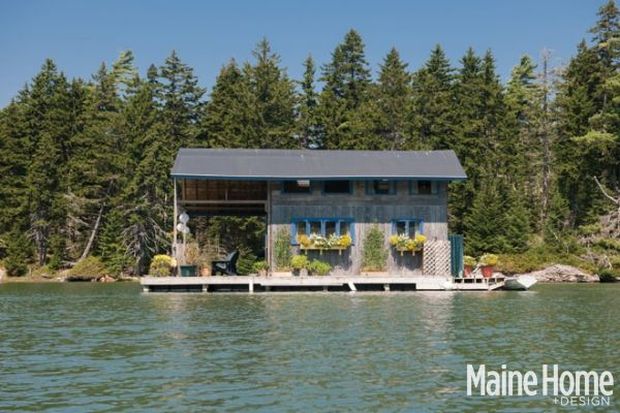