When Jon Simms bought over his friend’s house in Arizona, he was told there was a mysterious hatch in the yard suspected to be some kind of fallout shelter left behind from when the house was constructed back in 1960s. The mystery was simply unnerving and curiosity soon triumphed.

Jon began the investigation and visited the local office where he found construction permit and sketches of an underground structure. With that, Jon began digging. However, despite multiple attempts to dig, going deeper each time, nothing was found. He then decided to seek help from the specialists, who used metal detectors to locate the structure, and finally at underneath 3 feet mound of earth, a metal hatch was discovered.

Jon removed all the rubble and after several tests ensuring that the air was safe, he descended down through the hatch and uncovered a fallout shelter like his friend had suspected all along, in surprisingly good condition! A spiral staircase leads ten feet down below ground into a domed structure measuring about 12 feet in diameter.

The shelter would have been used to provide a safe space for residents of the property to go to in the event of a nuclear blast. An air filtration system existed to pump safe air from the surface to the people hiding below. (However) it seems to be likely that the shelter was never used… (and) was filled in at some time between the late 1960s and the mid-1970s, a period of relaxing of political tensions when the U.S. pursued arms limitation treaties with the Soviet Union.

Jon has made a new sturdy entrance to the shelter and is in the process of rebuilding the staircase. He intends to fully restore the interior and is still gathering ideas to revamp this astonishing relic sitting right at the backyard of his new home. 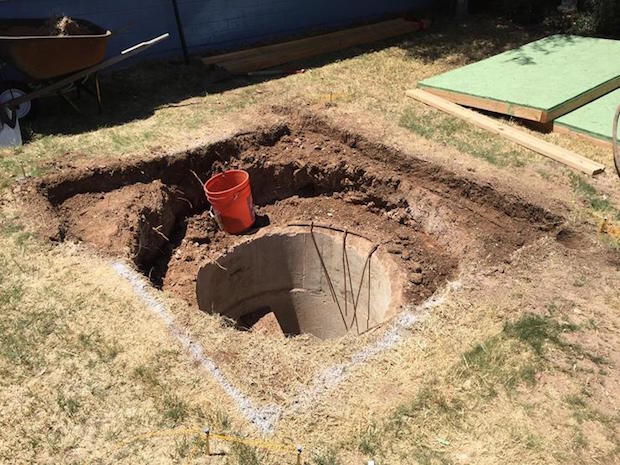 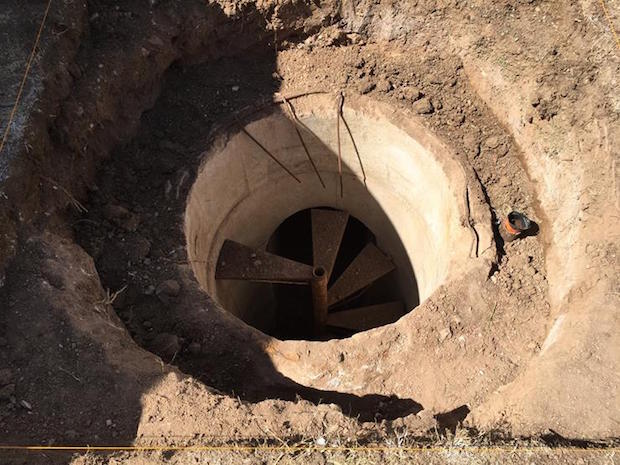 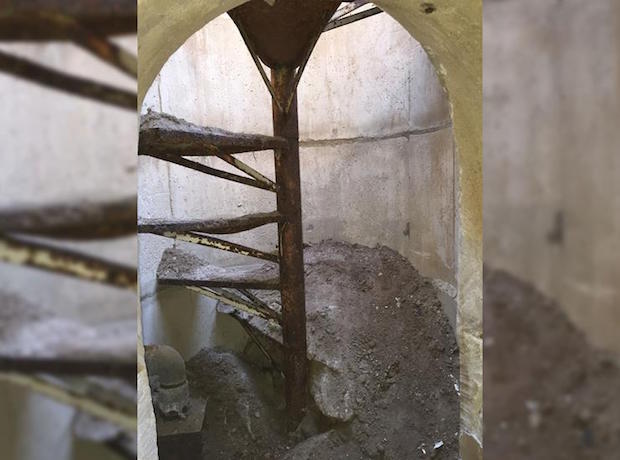 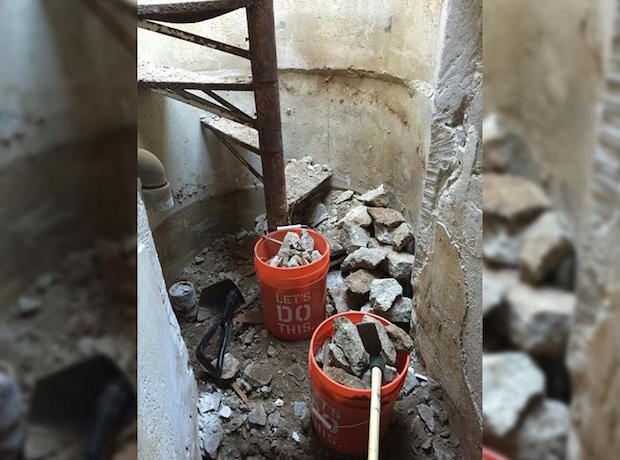 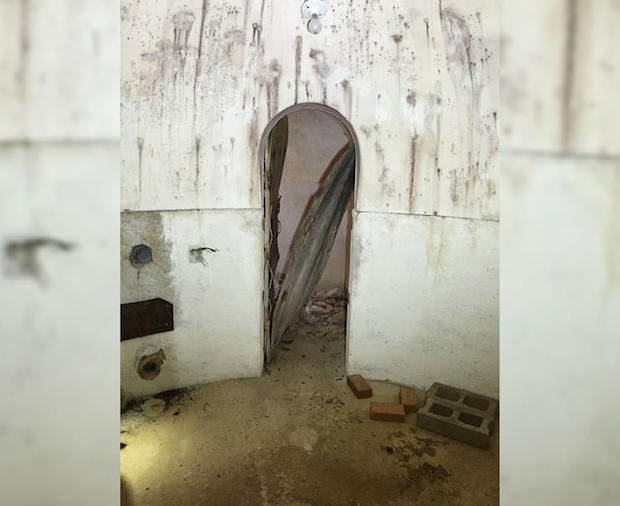