What Do You Think of All This Drama?

This is all about a $30,000  ship-shaped treehouse that a father built in his own backyard for his kids.  It may look fun and innocent enough, but there’s a war going on with the neighbors, who are insisting that it be demolished, and it looks like the law is going to rule in their favor.  The excerpt below explains the reasoning for the decision.  But word on the block is that there’s a lot more neighborly-drama behind all of this.  Some say the treehouse may have been built as revenge against the next door neighbor (with the intent to block sunlight to her rose garden) because she veto’d the construction of a 3rd floor on their home earlier.  Who knows?  Who cares?!?  All that’s important is that this cool (and expensive) treehouse now has to be demolished, and I’m guessing the children won’t be happy about that.

For one thing, it is way too tall to comply with the city of Toronto bylaws and towers over the neighbors’s back yard. So in 2014 the City told Alpeza to apply for a variance from the City Committee of Adjustment, where you go when you want to do something that doesn’t comply with the bylaws. Alpeza didn’t, so the City recently gave him an order to comply and a week to tear it down.

Of course then everyone says this is terrible, why are the fun police after him, it’s a work of art, where is Rob Ford when you need him to stop this bureaucratic excess. There is a big back and forth about whether he needed a permit and in fact the law is pretty clear: buildings under 108 square feet do not. But they also cannot be more than 13 feet high. Looking at the photo above, it appears that he already has a backyard garden shed, so Alpeza, who is a contractor, would no doubt know this. 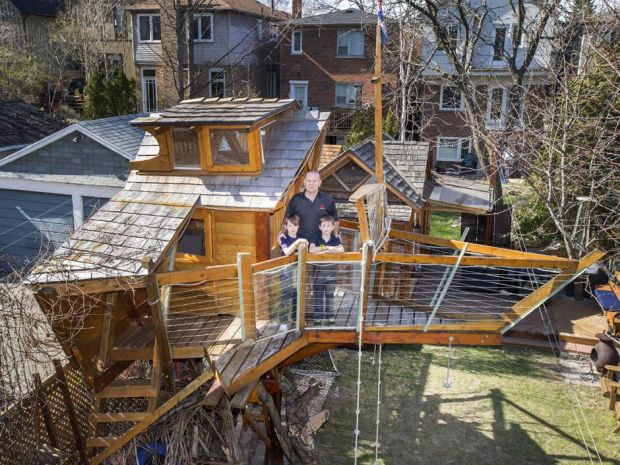 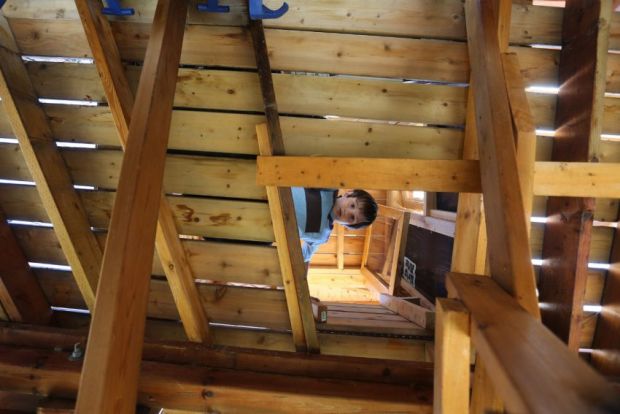 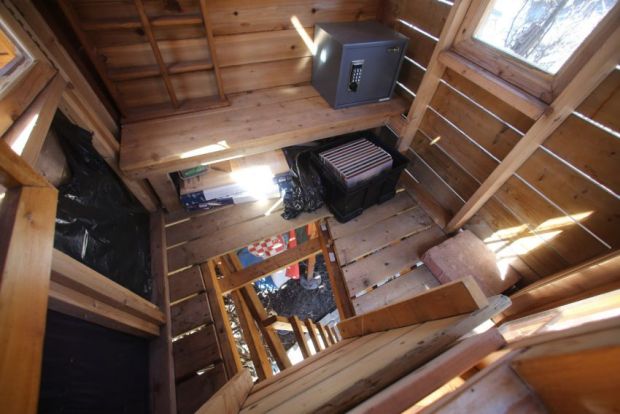 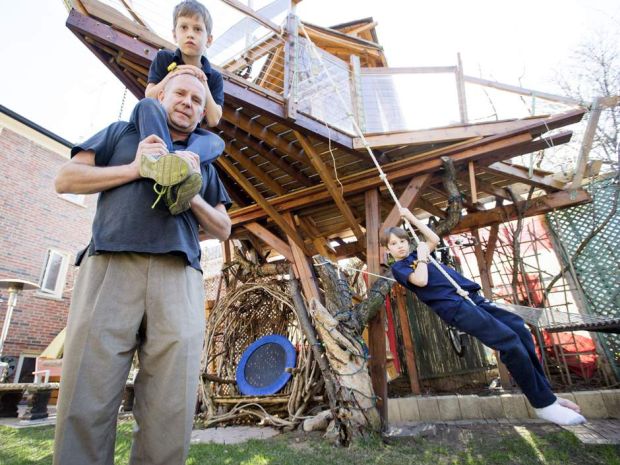 ….TO SEER THE VIDEO CONTINUE TO PAGE 2….