Where Money Can Buy Survival

This huge both under- and above- ground building is known to contain a spa, a cinema room, a helipad, and that’s just scratching the surface!  Located in the Czech Republic, built far from the eyes of the world, it is a small world of luxury and finesse. Not to forget to mention, there’s even an underground garden.  You know, since it’s built to keep the billionaires alive for 10 years longer than the rest of us.

We do go on about the importance of resilient design, the ability of our buildings to survive in changing times and climates. We are big on repurposing, finding new uses for old buildings. And if the greenest brick is the one already in the wall, then surely the greenest bomb shelter is the one that’s already in the ground. Because the construction of the facility occurred at a time of heightened world tension, the enormous level of resources used to develop it would be all but impossible to match today. It has a lovely above-grade modestly sized 30,000 square foot residence, which is connected via secret corridor to the two-storey, 77,000 square foot bunker below, which has been stylishly subdivided into one large apartment and six smaller ones for friends, family and staff, all stocked with ten years of supplies. And you will never be bored; there will be “an underground garden with simulated natural light, as well as a spa, swimming pool, cinema, library, and other leisure facilities.” The project is billed as “The largest billionaire bunker in the world” but surely they would be better off to fill it with, say, millionaires, in tiny apartments or RVs like they do in Vivos Kansas. 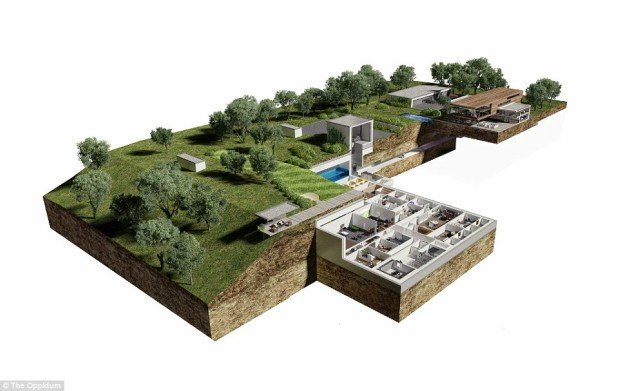 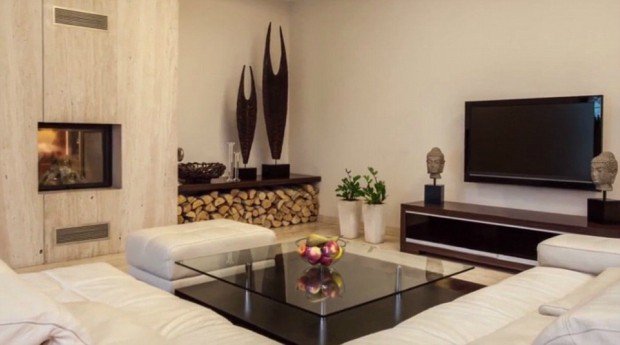 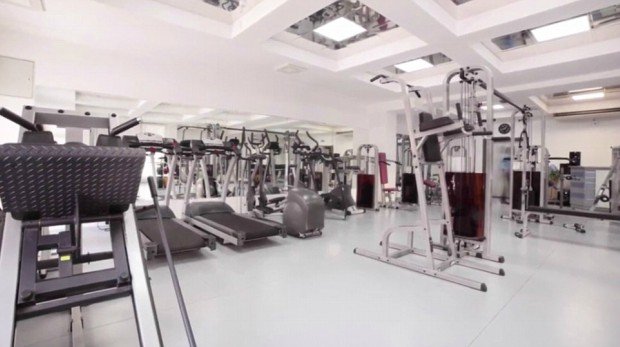 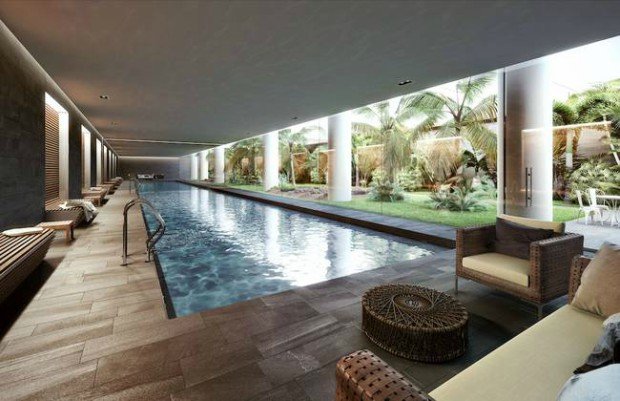 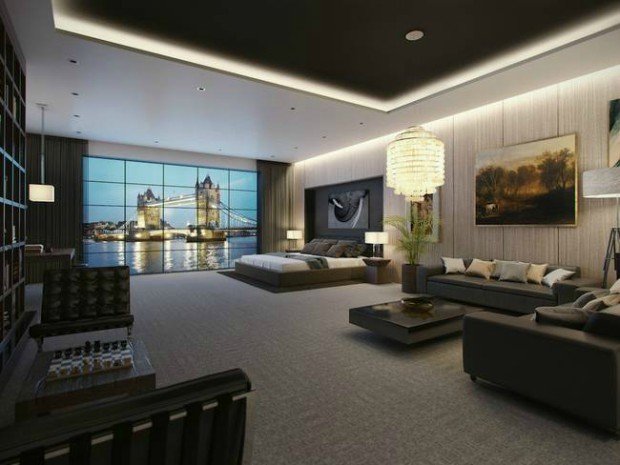