The War, The Wood, and The Women

The gritty chaos in which the world had fallen in 70 years ago was also the time when allied women stepped up to help their male counterparts. These women’s contributions are well preserved and documented for them being widely recognized as the first massive steps towards global feminism today. And though you might recall historical films featuring the ladies competitively working with steel and iron in factories, a less documented impact on the timber industry takes you away from the workshops and into the woods. 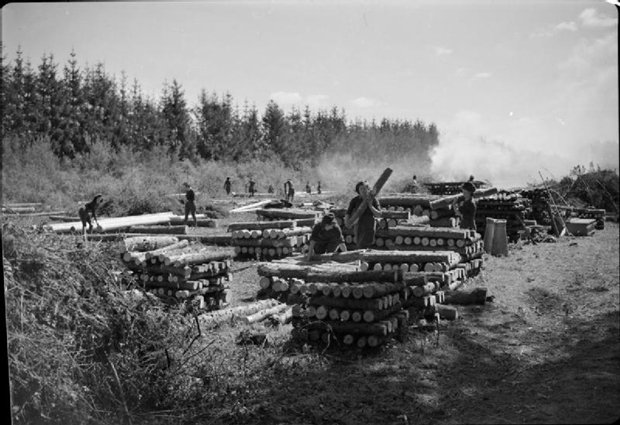 The world’s largest conflict from 1939 to 1945 not only demanded enormous amounts of fuel, metal, and a great workforce but also an important raw material: wood. And with the manpower concentrated at battlefronts and shores, countries like the UK made use of womanpower when it came to the timber industry.

Although a women’s timber service had been found after WWI, the summer of 1942 saw to the Women’s Timber Corps or the WTC being formed in England and shortly after, in Scotland in association with the Women’s Land Army. And with a unique identity and a separate uniform strapped on, these “Lumberjills” with some as young as 14, fell, hauled, transported, and sawed relentlessly to meet the country’s increased wood requirements. Women of different backgrounds and histories together worked away from their homes, with each associating a different meaning and separate reality to the term. Together, the Lumberjills served their countries with one of the most consuming trades traditionally left to the ability of men.

What Came of The Jills?

In 1946, about 5000 to 8000 women handed back the uniforms in which they had supported the war effort in. In exchange, a letter from Queen Elizabeth, the WTC’s patron, was received with which their service effectively came to an end.

As of today, the Lumberjills remain largely, and unfortunately, unrecognized for their services in WWII. And with the eye of the public concentrated on other corps and units for their efforts in WWII, the memory of the WTC eventually faded away until recently when a statue was erected in their honor in the Queen Elizabeth Forest Park, Scotland by the Forestry Commission Scotland.

A single life-size bronze sculpture of a saluting woman with an ax in hand stands for all due honors and a testament to the long-forgotten Lumberjills.